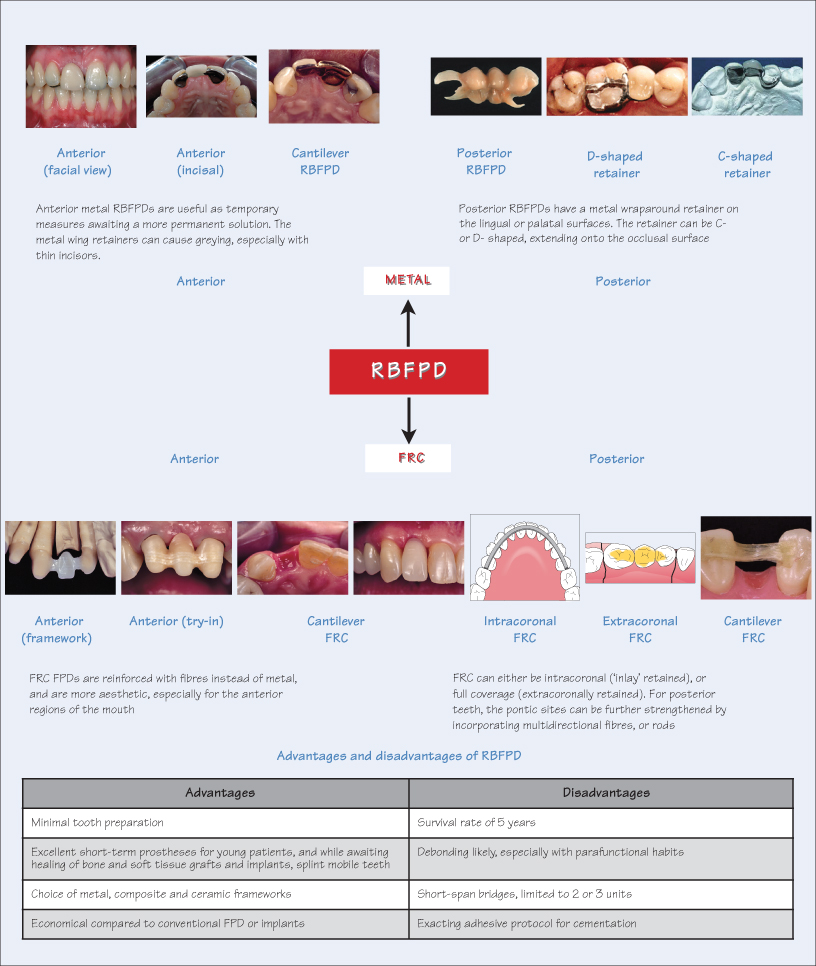 Resin-bonded fixed partial dentures (RBFPDs) were introduced by Rochette in 1973 for splinting periodontally compromised mandibular anterior teeth. The indirect prosthesis is made of perforated cast metal retainers or wings, with or without pontics, which are cemented to the lingual or palatal surfaces of abutment teeth with a resin-based luting agent. RBFPDs are minimally invasive, requiring less tooth preparation compared to conventional FPD. They are usually indicated for short spans of two or three units. Longer spans are possible if the occlusion is satisfactory without bruxist activity. However, increasing the number of abutments causes interabutment stresses leading to a greater chance of debonding. RBFPDs are indicated for anterior and posterior regions of the mouth, with the following uses:

Several configurations of RBFPD are described. These include retentive wings either side of the pontic, or a cantilever design, using only one abutment tooth for the retainer, with a suspended pontic. For the latter, the pontic on the opposite side of the retainer can be supported by an intracoronal rest seat for correct location and stability. RBFPDs have approximately 90% survival rate over a 5-year period, with greater success reported in the maxilla than the mandible.