In this chapter we are going to be dealing with white blood cells (leukocytes) and their role within the tissue as part of the inflammatory response. At long last you are going to inspect the troops! We will meet the “Special Forces” and find out about their individual training, development, and domains of expertise. Hang on to your helmets . . . there are those who consider this the really bloody part of the defense system.

The blood leukoctyes are often referred to as being either granulocytes (cells having conspicuous cytoplasmic granules) or mononuclear cells (cells having round to oval nuclei). Around the barracks, the latter cells are often nicknamed “round cells.” In contrast, the granulocytes have lobulated nuclei and are so tough no one dares to nickname them.

In the inner circles at Command Headquarters, the term phagocyte will be associated with both neutrophils and macrophages to signify the respect they have earned in combat through their native ability to “render the enemy inoperable.” We hate to admit it, but these guys are really tough . . . yes, the rumors are true . . . they eat their dead! Don’t be confused by the slang, however, … macrophages are derived from blood monocytes and not from the granulocyte corps as you might think. Granted, neutrophils and macrophages have a lot in common, and they are on the same team, but there are also significant differences (one never mistakes a soldier for a sailor at the base “watering hole” . . . well, once maybe…. With these admonitions in mind, let’s inspect and sort out the troops.

The phagocytic cell system is our first line of defense against infections! This system is an important component of innate resistance (versus the adaptive immune response).

Neutrophils develop in the bone marrow as a result of a series of cell divisions and maturation through myeloblast, promyelocyte, myelocyte, metamyelocyte, band neutrophil, and finally, mature neutrophil. In inflammation, this process is stimulated by a cytokine, granulocyte colony-stimulating factor, which is elaborated by activated macrophages. Once released into the bloodstream, the half-life of neutrophils is 6 to 9 hours.

Neutrophils provide an effective defense against bacterial and fungal infection. They are motile phagocytes that find their target by chemotaxis. In acute inflammation, these are the first leukocytes to emerge from the vessels in significant numbers.

Although in this section we will concentrate on the neutrophil, the macrophage is in many ways similar to the neutrophil and performs many of the same functions. It will be discussed later in this chapter.

In this section we decided to bring a lot of material covered so far into an overall view or “battle plan.” We ve described the transport and delivery system and exudation, so now we will look at how neutrophils leave the bloodstream and enter the tissues. We ve discussed some of the mediators and their roles in the setup, so we will look at the actual attack by the neutrophils (phagocytosis). We will also review the potential outcomes of battle and how the local terrain can be changed and altered by the forces brought to bear, and sometimes, how the local population is hurt by the warring factions (tissue necrosis). Each of the following events will be covered:

Why is it that neutrophils accumulate at a site of injury? Where do the marching orders come from? The following sequence seems to explain the phenomenon:

As stasis of the blood within the postcapillary venules occurs, masses of red blood cells clump together and occupy a central position within the axial stream. This is termed “rouleaux” formation. Simultaneously, the blood leukocytes move to the periphery of the venule. This is referred to as leukocyte margination. Subsequently, the neutrophil adheres to the endothelial surface (Fig 3-1). Corticosteroids and alcohol reduce adherence. 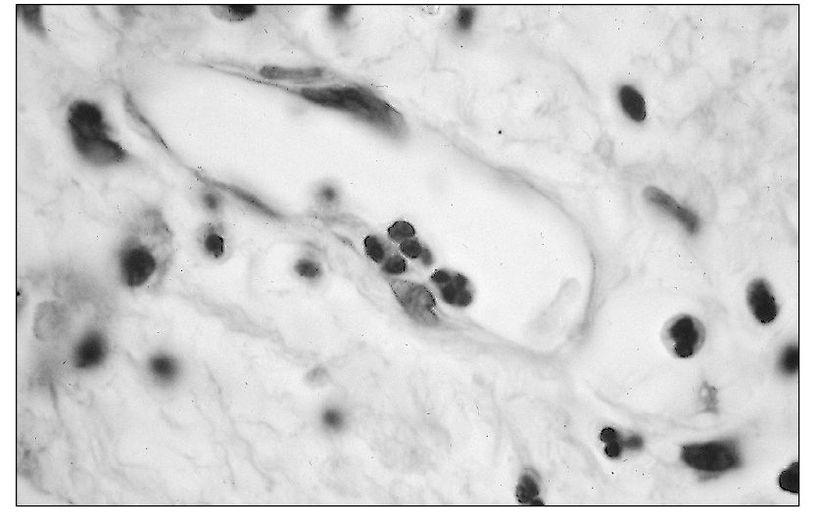 Fig 3-1 Adhesion of a neutrophil to the endothelial lining of a small venule. 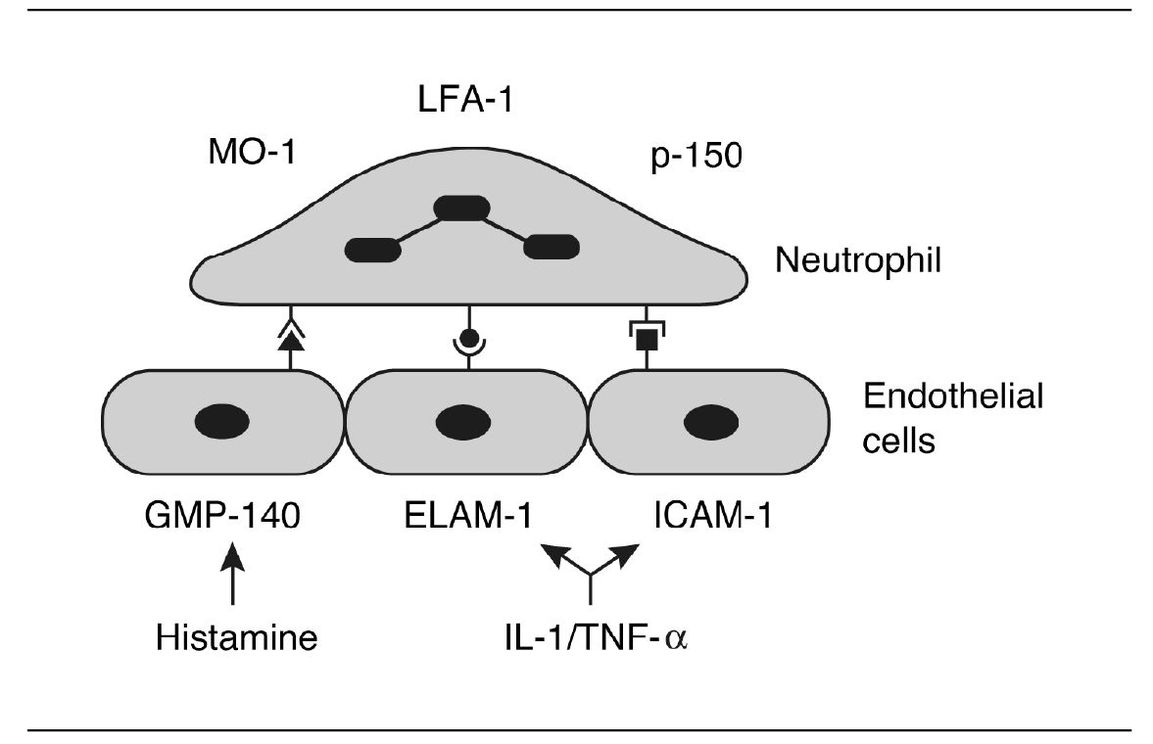 Fig 3-2 Binding of leukocyte to receptors expressed by endothelial cell.

Some of the chemotactic factors to be discussed later are also involved in adhesion (eg, C5a, leukotriene B4).

Following adherence, neutrophils emigrate out of the venule. The cell forces its way out by thrusting a pseudopod through the intercellular junction between endothelial cells and then squeezing through by ameboid movement (Fig 3-3). Pseudo-podia form at the advancing edge of the neutrophil. Actin filaments in the microtubules and microfilaments are responsible for movement. 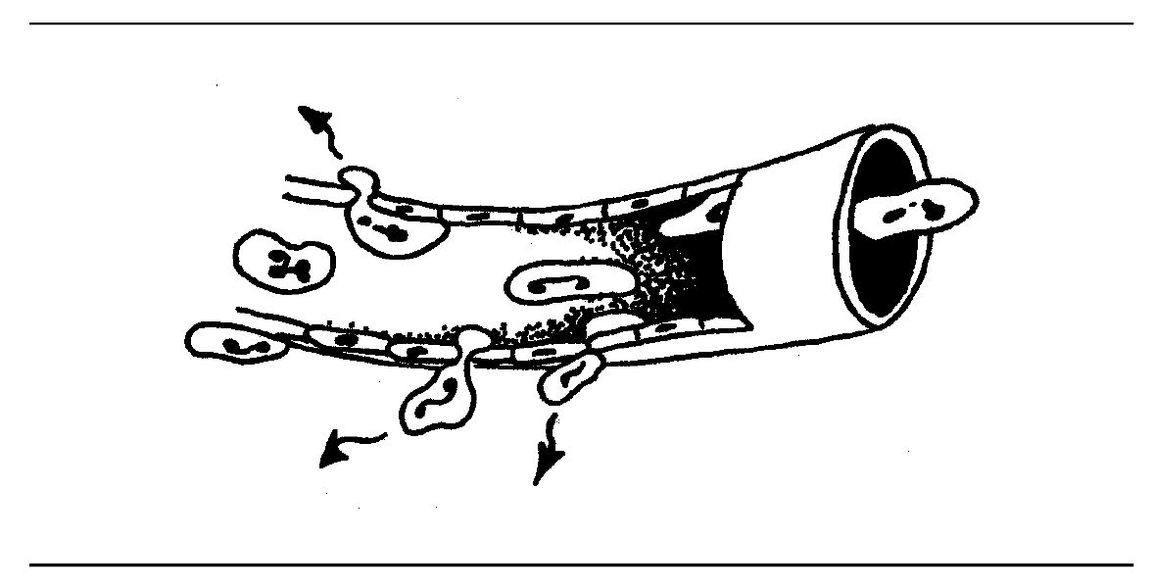 Emigration and subsequent migration of neutrophils through the tissue are due to chemotactic factors (Fig 3-4). The general characteristics of these factors are:

When we last saw our friends C3a, C4a, and C5a they were floating along in space. They were busily causing histamine release. Well, C5a can do another amazing thing, it can cause white blood cells to move toward a site of injury.

This is called chemotaxis. Chemotaxis enables neutrophils to locate and destroy their prey. In this way, invading microorganisms can be phagocytosed and killed. 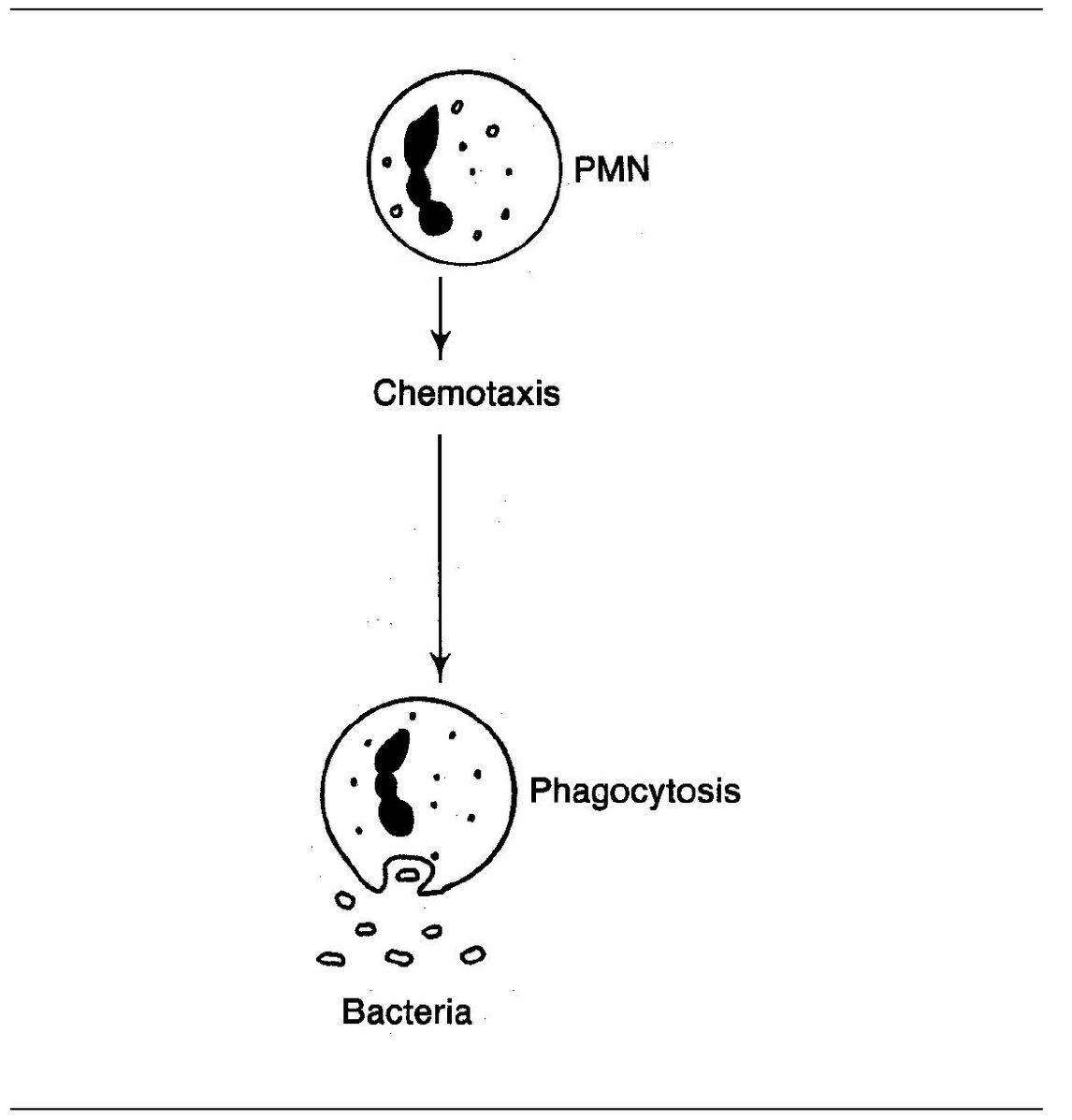 Complement-independent factors affect cells directly without activating the complement system. For example, LTB4 is an important chemotactic factor for neutrophils. Many of these factors are small soluble proteins (low-molecular weight N-formylated peptides) that are products of bacterial metabolism. Other bacterial products such as endotoxin activate macrophages to produce IL-8 and macrophage chemotactic peptides.

Other chemotactic factors are generated during tissue injury as a result of tissue breakdown and death of cells. This is exemplified by the release of proteolytic enzymes following myocardial infarction. These enzymes are released by the dying myocardial cells; they attack collagen and muscle fibers, thus producing chemotactic factors. Neutrophils (and macrophages) then enter the area of infarction and debride the necrotic tissue so that repair can take place.

It appears likely that C5a is involved in the initial recruitment of neutrophils, whereas prolonged recruitment (6–48 h) is due to the production of chemotactic cytokines, such as IL-8. 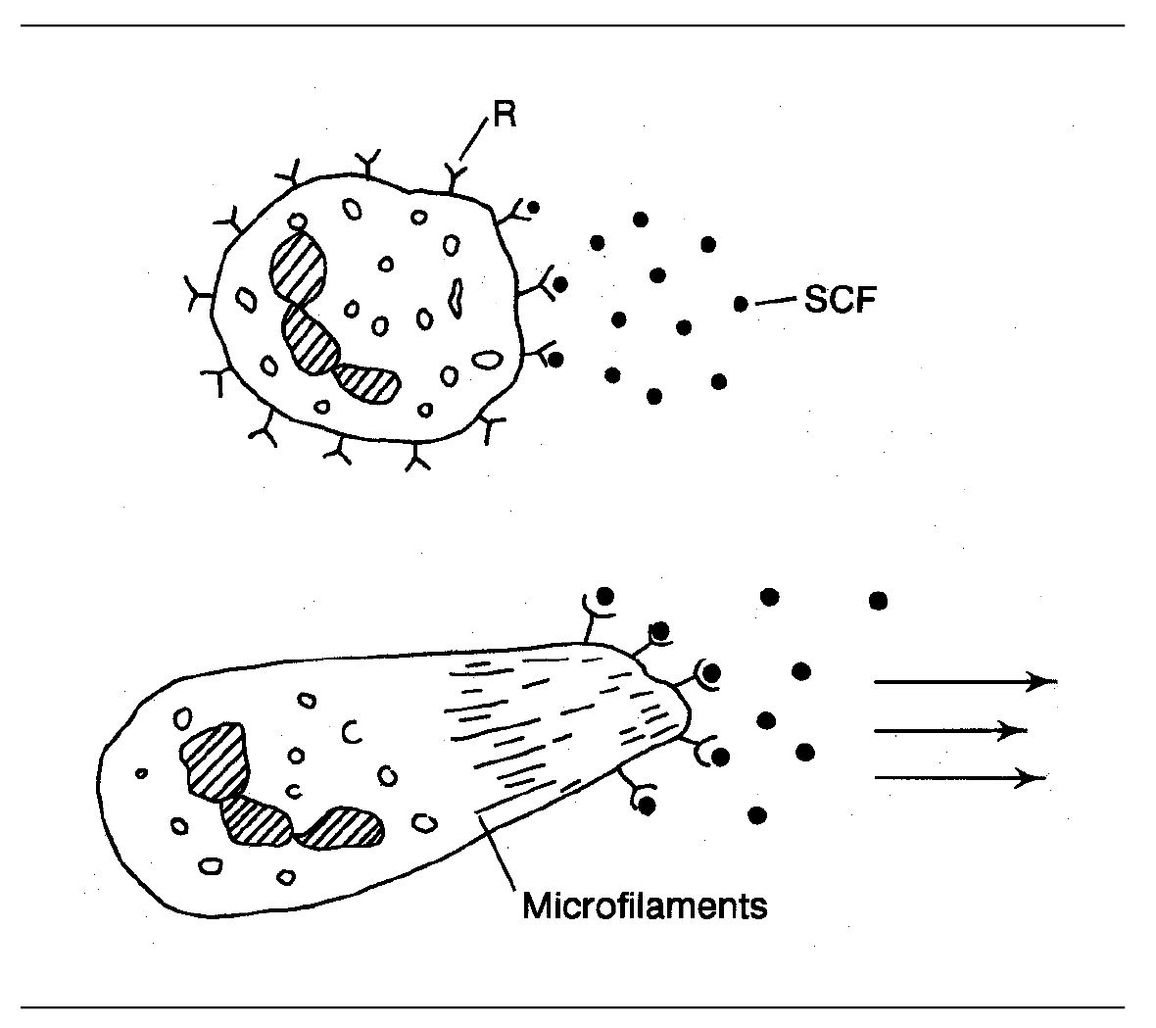 At this point, the neutrophil is surrounded by chemotactic factors. As there is no longer a concentration gradient to keep the cell moving, the cell stops migrating. (Keep the change!) This keeps the neutrophils in the center of the inflammatory locus.

Neutrophils move rapidly along a chemotactic gradient, whereas macrophages move slowly. This explains why neu-trophils are the first leukocytes to arrive at an injury site. (Of course, they could be just bloodthirsty!) 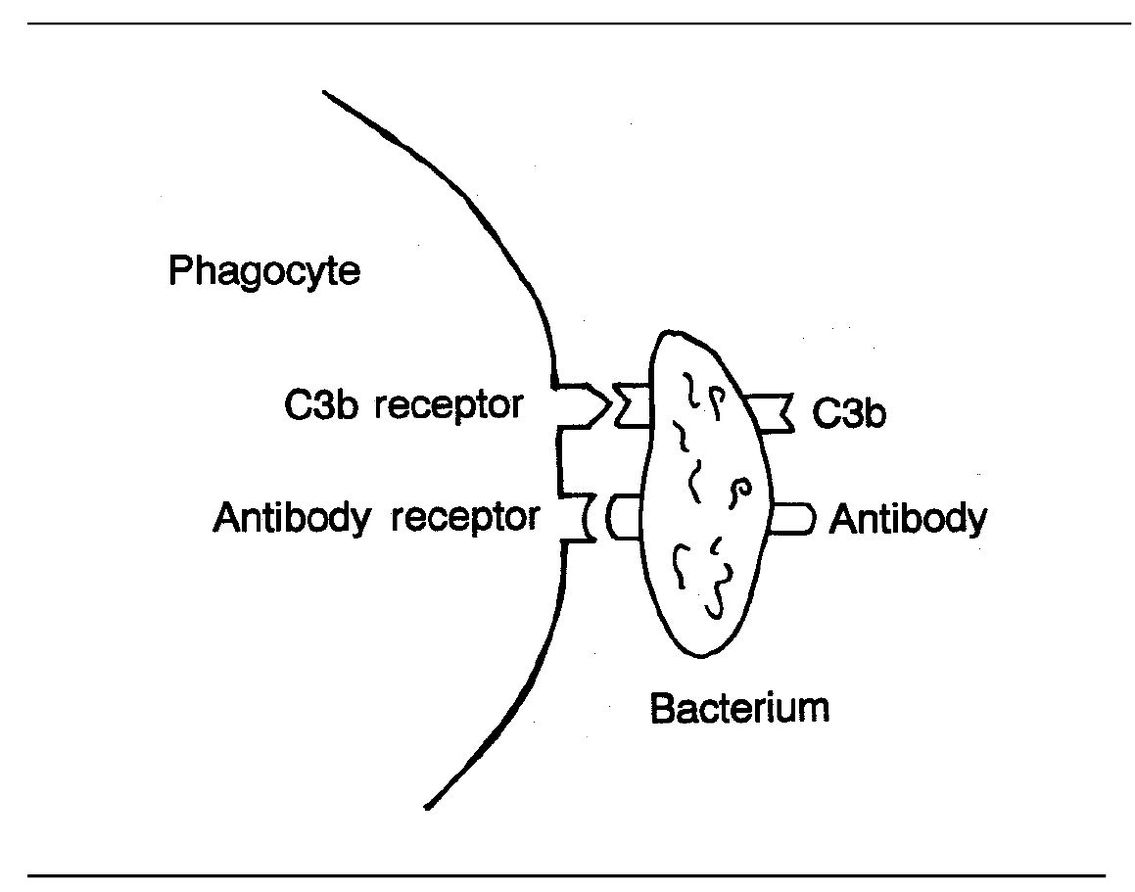 Fig 3-6 Binding of phagocyte to bacterium.

If the agent producing the chemotactic factor can be ingested by the neutrophil (ie, phagocytosed), destruction and digestion of the phagocytosed material may yield breakdown products that also have chemotactic properties.

In fact, neutrophils themselves can be stimulated to release chemotactic factors that attract macrophages. This further increases the number of phagocytic cells attracted to the area of injury, and so the cycle builds. (Another amplification mechanism!)

It is difficult for neutrophils to phagocytize most pathogenic bacteria without the aid of serum factors called opsonins. This is because many organisms are resistant to phagocytosis, and here is where opsonins play an important role. In the absence of opsonins, neutrophils must try to trap organisms against tissue constituents such as collagen or fibrin in blood clots and inflammatory exudates.

Another very important agent in opsonization is complement component C3b. As you will recall, C3b is an opsonic fragment that is fixed to the surfaces of microorganisms during complement activation. Neutrophils and macrophages both have C3b receptors. This receptor acts in conjunction with neutrophil and macrophage receptors for the Fc fragment of lgG. Together these receptors facilitate adherence and phagocytosis of opsonized microorganisms.

Before considering phagocytosis, let’s recapitulate the events covered so far. 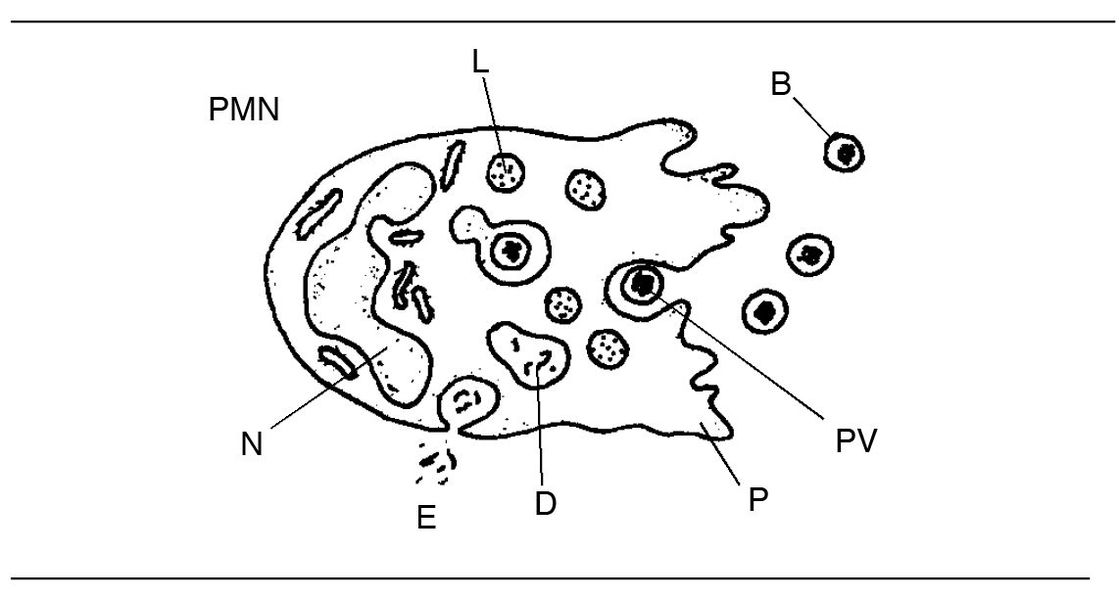 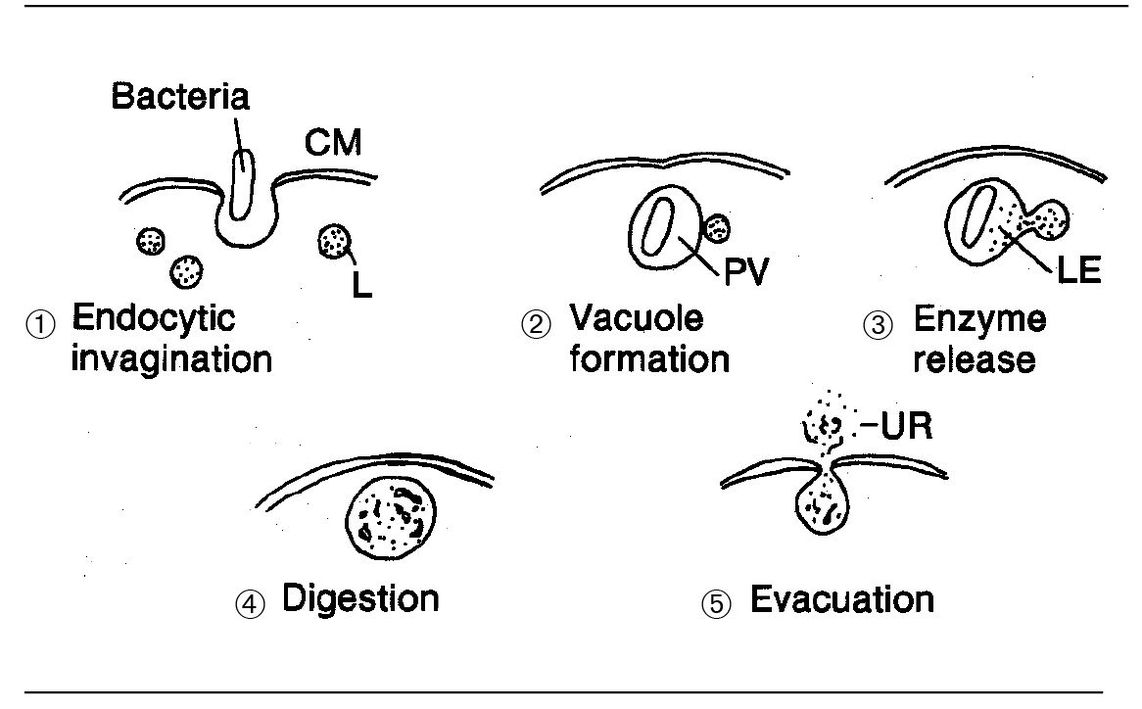 Tags: Inflammation A Review of the Process 5e
Jan 5, 2015 | Posted by mrzezo in General Dentistry | Comments Off on 3 – The Blood Leukocytes
Premium Wordpress Themes by UFO Themes
WordPress theme by UFO themes