Advanced toothache is commonly described as the most intolerable pain and is often considered more unbearable than pain at childbirth or pain caused by kidney or gallbladder stones. Still, pain is a subjective experience and although the transfer of pain impulses occurs in the same way in all individuals, the reaction to pain is subjective and to a great extent depends on psychological phenomena. This fact makes it difficult to perform an objective examination of the physiology of pain. 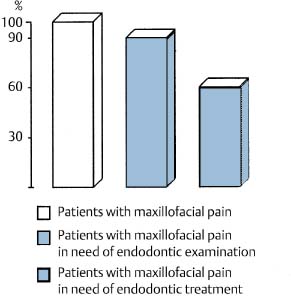 The teeth are normally sensitive to irritants, for instance, to temperature changes. Over the years, wear and tear, caries, periodontal disease, and the treatment of these diseases may have altered the pain threshold of the teeth and they may have become hypersensitive to external irritation. In most instances hypersensitivity is due to the fact that an area of dentin has become exposed to the mouth so that there is communication between the oral cavity and the pulp via the dentinal tubules. Extreme hypersensitivity may be seen after periodontal surgery with extensive scaling and root planing and in conjunction with abrasion or erosion defects in the cervical areas of the teeth. Carious lesions may cause a hypersensitive reaction, and hypersensitivity is often seen in teeth after the excavation of caries and restoration of a cavity with a filling material, either because of thermal conductivity of the material used or because of leakage along the margins of the restoration. The pulp of a hypersensitive tooth is in most instances healthy and free of inflammation. However, an inflammatory reaction in the pulp, which is not necessarily symptomatic in itself, may alter the responsiveness of pulpal nerves so that stimuli which would normally elicit no symptoms or a normal reaction may instead cause a hypersensitive reaction of the tooth. Dental hypersensitivity, therefore, may be an indication of pulpal pathosis.

The anatomical basis for dental hypersensitivity is the sensory nerves in the peripheral pulp with unmyelinated nerve endings between and in close contact with the odontoblasts in the pulp and the dentinal tubules. There is at present little evidence that the more peripheral parts of the dentin are innervated so that a mechanism may have to exist whereby stimuli are transferred from the root surface to afferent nerves in the inner dentin and the pulp. This mechanism is not fully understood. It has been suggested that the odontoblasts with their processes might transfer sensory impulses to the nerves in the pulp, and the relationship that exists between nerve endings and odontoblasts may in fact be comparable to cell interactions in other sensitive areas of the organism, for instance, in taste buds and certain areas of the skin. However, the close contact between the two cells might also exist simply because the odontoblast has a metabolic function. The odontoblast-receptor theory has lost support in recent years and appears unlikely for several reasons, primarily because odontoblastic processes are not observed in the peripheral parts of the dentin. Also, there is evidence that a dental hypersensitivity reaction will not subside in teeth where the odontoblasts have been destroyed.

Thus, many stimuli known to elicit pulpal pain appear to cause movement of the fluids in the dentinal tubules, and if rapid enough, the fluid movement will mechanically stimulate nerve endings. This theory offers a simple and understandable mechanism for the elicitation of pain, and it appears physiologically acceptable. However, the evidence supporting the theory is still inconclusive. For instance, it has not been possible to show that mechanical irritation of exposed dentin, like probing with an explorer, which may cause excruciating pain, results in fluid movement in the dentinal tubules.

As a rule, pulpal inflammation is asymptomatic (Fig. 3.2). It may persist as a painless local reaction in the coronal pulp for considerable time, sometimes for years if the external irritation is mild. However, if untreated, the inflammation will spread in an apical direction, and the pulp may become totally necrotic and an apical periodontitis may develop without any sensation on the part of the patient at any time during the progression of the disease. Clinically, therefore, pulpal pathosis in most instances is diagnosed during routine dental examinations and not as a result of episodes of symptomatic pulpitis.

Thus, it is not possible to determine the type and severity of pulpal damage by the absence or presence of clinical symptoms. The first condition for becoming a good diagnostician, therefore, is to accept that endodontic symptomatology usually plays only a minor role in making a correct clinical diagnosis. Adequate knowledge about etiology and pathogenesis of inflammation in the pulp and adjacent tissues is in most instances far more important. For example, if a child has suffered an injury and presents with a complicated crown fracture within half an hour of the accident, the pulp of the traumatized tooth will not be inflamed, regardless of the presence or absence of pain. It is equally definite that if this patient presents 1 week after the pulp was exposed, the pulp will be inflamed or even necrotic, regardless of whether symptoms are present or not. In these instances we arrive at different clinical diagnoses and choose radically different therapies (pulp capping in the first instance; pulpectomy or root canal treatment in the second), without letting the presence or abscence of symptoms influence us at all.

However, symptoms are sometimes the only reason that pulpal pathosis is detected, and it is important to understand as much as possible what different symptoms may mean. This understanding is especially important when it is difficult to locate an aching tooth. In such instances it may be possible with certain examination methods to get the involved tooth to react differently from its neighboring teeth, and thereby arrive at the correct clinical diagnosis.

Symptomatic pulpitis may be an acute pulpitis, but most often it is an exacerbation of a chronic inflammation in the pulp. Whereas dental hyper-sensitivity is generally due to stimulation of rapid-responding A-fibers in the pulp, a symptomatic pulpitis is associated with slower-reacting C-fiber activity as well. The symptoms are not caused by the presence of inflammatory cells per se, and it is not understood why a long-standing asymptomatic pulpitis all of a sudden and often without apparent provocation may begin to elicit pain. Also, it is not known why the pain from a pulpitis is usually not continuous, but may disappear as suddenly as it began. An increase in local pressure is probably necessary for eliciting pain in pulpitis. This may be provoked by external irritation or by intrapulpal changes causing vasoactive agents to produce additional vascular permeability. When a clinical exacerbation is a reality, pain-producing inflammatory mediators may have both a direct effect on the nerve endings causing pain, and an indirect effect, lowering the pain threshold and increasing the pain from external stimuli. A recent finding is that bacterial activity as such may cause pain. Thus, it is known that Porphyromonas gingivalis releases potent pro-teases which may cause the release of bradykinin in the tissue. 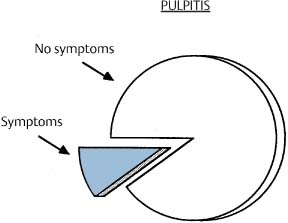 Fig. 3.2 Pulpal pain is commonly described as intolerable and unbearable. However, in by far the most instances, pulpitis persists and progresses without pain or other symptoms.

Clinically, patients may characterize pulpal pain as sharp, dull, heavy, intermittent, continuous, throbbing, diffuse, or grinding. In other words, pulpal pain may be felt in many different ways. Many attempts have been made to relate the type of pain to the degree of tissue damage in the pulp. Histopathological and clinical nomenclature have, therefore, been combined, resulting in a number of descriptions and diagnoses. The diagnosis acute serous pulpitis, for example, has traditionally meant that the patient had pain (acute), that the pulp is inflamed (pulpitis), and that as yet no abscesses have formed in the pulp (serous). Clinically, it has been assumed that this condition is present when a tooth is especially sensitive to cold and when the pain persists for some time after the cold stimulus is removed. Similarly, acute suppurative pulpitis meant that an abscess has formed in the pulp. Clinically, heat would supposedly increase the pain in a tooth with this diagnosis and cold would cause relief. Numerous studies have shown that the alleged relationships between symptoms and the actual state of the pulp at best exist in about 20% of the teeth (Table 3.1). Such a diagnostic system, therefore, is meaningless and confusing and should not be used. The only way to determine the actual state of the pulp is to examine the tissue in the laboratory after extirpation of the pulp or extraction of the tooth.