For any given root canal, use of a specific instrument X or a certain technique Y will not necessarily be successful. This is because the various endodontic systems on the market have quite different characteristics that may or may not deliver as expected in a given situation depending on the root canal configuration. Within these facts is embedded the idea of the hybrid concept: Depending on the individual root canal anatomy and the associated, special difficulties, the root canal preparation must be carried out with a logical and reasonable instrument sequence, which ideally has been selected for the individual clinical situation.

The hybrid concept has previously been published in parts (Walsch, 2004). The illustrations within this chapter provide examples in increasing levels of difficulty, as well as a description of the hybrid sequence used in each case.

The ultimate clinical goal is a predictable treatment outcome with ideal preparation and without procedural errors. In this regard, various types of instrument of varying sizes and various techniques are used together in order to combine their advantages and to eliminate as many disadvantages as possible. This demands knowledge about the cutting characteristics of the various instruments (where does it cut and how does it cut within the course of the root canal).

In order to enhance the safety of all NiTi rotary instrumentation techniques, several rules must be observed:

• Ensure there is support for the clinician’s hand (to compensate for patient movement and for better control of the instrument, and also to reduce the “screwing in” effect).

• Ensure continuous irrigation/flooding of the root canals with sodium hypochlorite (or EDTA) during root canal preparation.

• Permit the instrument to continuously rotate (from introduction into the canal until removal).

• Minimize the cutting time (immediately withdraw the instrument on reaching the desired length).

• Each new introduction of the same instrument should penetrate more deeply into the canal.

• Following the removal of each instrument it should be cleaned and inspected, and replaced as necessary/appropriate.

• Following the use of each instrument, the canal must be thoroughly irrigated, recapitulated, and re-irrigated.

• Apical patency must be regulary confirmed/checked.

These rules are more critical for actively cutting instruments than for passive ones. Use of active as opposed to passive instruments leads more readily to procedural errors, especially in inexperienced hands. Before clinical use, every new instrument system must be tested by practicing on extracted teeth. It has been shown that the frequency of fracture and deformation of instruments is reduced with increased clinical experience (Baumann and Roth, 1999).

A series of instruments of decreasing size or taper are used in the crown-down technique; each file reaches deeper into the canal. In this way, the next smaller or less-tapered instrument cuts deeper apically than the previous one. The repetition of such a sequence results in deeper access within the canal and/or further enlargement of the canal diameter.

The particular problem of taper lock occurs if within the crown-down sequence only the instrument size is varied while maintaining the same taper. For this reason, the latter should also be varied more often. The variable taper of ProTaper instruments helps avoids this risk.

Thus the crown-down technxique minimizes iatrogenic apical contamination, reduces the area of contact between the instrument and the canal wall, so reducing torque, increases cutting efficiency and safety, and reduces the frequency of procedural error. 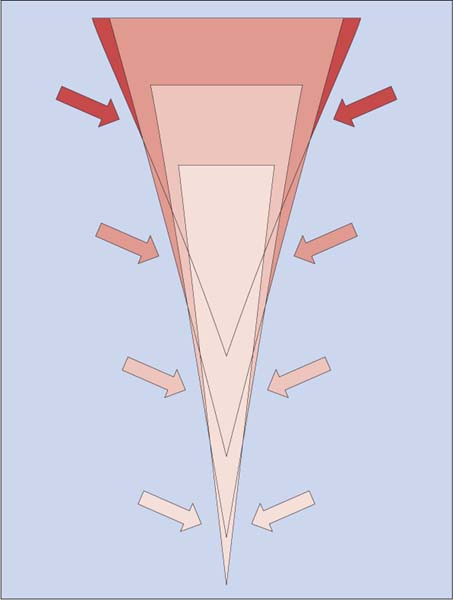 Use of the crown-down instrumentation sequence with decreasing taper produces a “flare form” (upside-down Eiffel Tower) within the canal with more coronal taper and less apical taper. This is illustrated by the overlapping of the variously tapered instruments in the figure. The arrows indicate those sections of the canal wall where the corresponding instruments actually cut. 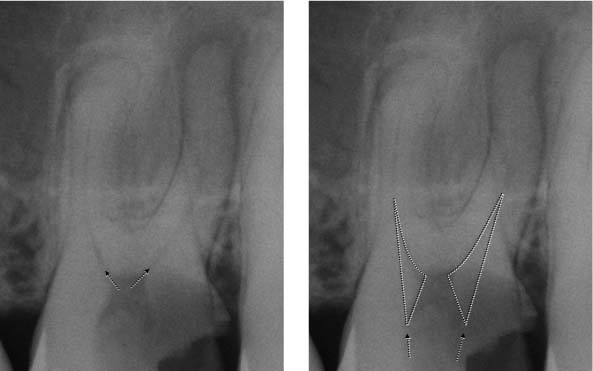 Left: The arrows indicate the direction of insertion of the root canal instruments before any straightening.

Right: Orifice widening in the outlined areas leads to removal of dentin overhangs in the outer aspect of the curvature without risking a perforation or excessively compromising tooth structure; the result is a straightening of the path of insertion (arrows) with a significant reduction of the angle of the canal curvature.

In this technique, a series of instruments of increasing sizes are used with the first instrument reaching furthest apically; each subsequent instrument is inserted less deeply than the previous instrument. Thus, each instrument creates a small step coronal to the depth reached by the previous (smaller) instrument. This creates a “pseudo-tapered” root canal, whose taper is determined by the size difference between any two instruments and the distance between their respective penetration depths. If, instead of selecting an instrument of bigger size, increased taper size is selected, the result will be a flare form, similar to that shown in Fig. 24.1.

The single-length technique involves the use of a series of instruments with increasing size or increasing taper, with all instruments used to the same length or even to the estimated working length. This technique is important for the final stages of apical preparation. 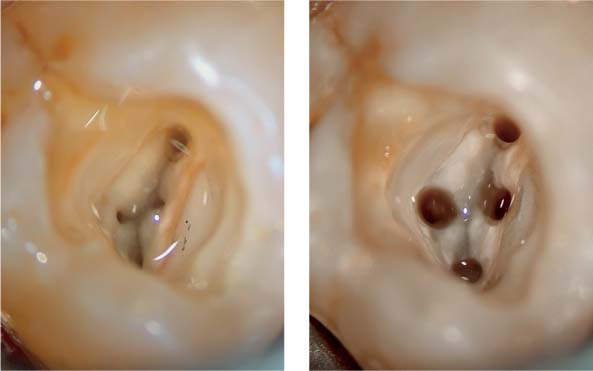 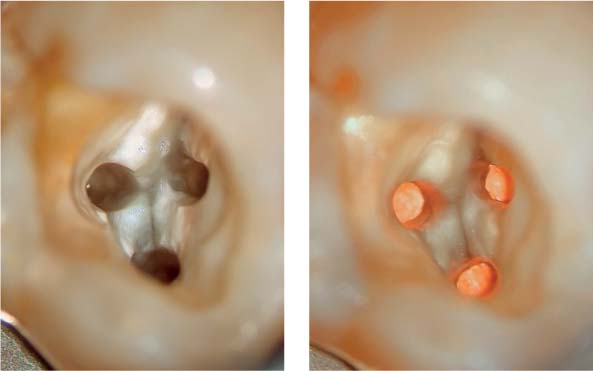 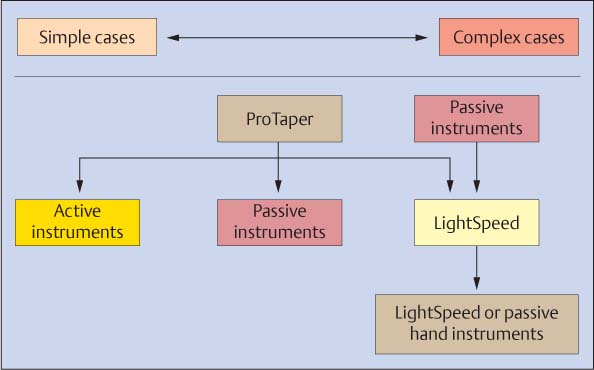 24.5 Overview of the hybrid concept

Apical enlargement: Depending on difficulty, active or passive and Light-Speed instruments with stepback as necessary for determination of the master apical file (MAF) size.

Apical finish: With LightSpeed MAF size or another passive instrument, which can easily and passively be inserted to the working length.

With regard to the size of the apical pr/>