Glass ionomer restorative materials have been available since the early 1970s and were derived from the silicate cements (Section 20.8) and polycarboxylate cements (Chapter 30). Polycarboxylates were developed several years earlier and were the first dental cements for which an inherent adhesion to tooth substance could be demonstrated. They quickly gained popularity as luting cements but could not be used as restoratives because of high solubility, poor mechanical properties and unacceptable appearance caused by the residual opaque zinc oxide. It was soon discovered that when the zinc oxide of the polycarboxylate material was replaced with a reactive ionleachable glass similar to that used previously in silicate cements a stronger, less soluble and more translucent cement could be produced.

These materials may be supplied as a powder and liquid or as a powder mixed with water (Fig. 24.1). The composition is outlined in Table 24.1. For powder/liquid materials the powder consists of a sodium alumino-silicate glass of similar composition to that used in silicate materials. The ratio of alumina to silica in the glass is increased compared to that used in silicates. This increases the reactivity of the glass to a level where it reacts rapidly with polyacrylic acid, which is a weaker acid than the phosphoric acid used in silicate materials. As for the silicates, the glasses contain significant levels of fluoride which, although not directly involved in the setting reaction, may have an effect on the caries susceptibility of the surrounding tooth substance.

In the original glass ionomer material the liquid component was a 50% aqueous solution of poly-acrylic acid. Unfortunately, gelation of the polyacid occurred after only a few months, probably by intermolecular hydrogen bonding. Gelation can be reduced or eliminated by using copolymers instead of homopolymers. This creates sufficient steric hindrance to prevent hydrogen bonding.

Nowadays the liquid component may consist of an aqueous solution of acrylic acid or of a maleic acid/acrylic acid copolymer. Tartaric acid, which is used to control setting characteristics, is also included in the liquid component by many manufacturers. Other products are supplied as a powder/water preparation. The powder/water materials are of two types; both consist of a powder which contains vacuum dried polyacid, in addition to the glass powder. For some materials this is mixed with water and the manufacturers supply a dropper bottle to aid proportioning. With other products, the manufacturer supplies a dilute aqueous solution of tartaric acid. For products in which the polyacid forms part of the powder component, the manufacturers are able to revert to the use of homopolymers of acrylic or maleic acid or copolymers of these two acids as there is no problem of gelation in this solid form. Cements formed from these homopolymers tend to have improved physical characteristics when compared to those formed from acid copolymers.

Most glass ionomers for restorative use are now available in encapsulated form (Fig. 24.2). This offers a great advantage – for these materials probably more than any others. The proportions are set and controlled by the manufacturer and mixing is a quick and clean process.

Another factor which is related to the method of mixing is porosity within the mixed and set cement. As indicated in Section 24.4 the properties of a material, and particularly a brittle material such as a dental cement, are sensitive to levels of porosity. Traditional wisdom teaches that mixing a powder and liquid by hand produces greater levels of porosity than are incorporated through mechanical mixing of a powder and liquid in a capsule. However, detailed study using micro CT scanning has revealed that the relationship between mixing and porosity is a complex one. Fluid cements mixed by shaking in a capsule using a device such as that shown in Fig. 24.3 may develop a ‘frothy’ structure during mixing and this is likely to produce a high level of porosity in the set material. Alternative mixing devices involve mixing by rotating and centrifuging the fluid cement in order to eliminate as much air as possible from the material. Such a rotary mixer is shown in Fig. 24.4. Cements of a less fluid (higher viscosity) nature are less prone to ‘froth’ formation and are therefore likely to have lower levels of porosity following mechanical mixing. The levels of porosity trapped inside a viscous cement is similar for hand mixing and mechanical mixing whilst for fluid cements hand mixing results in lower porosity than mechanical mixing.

Fig. 24.1 A glass ionomer cement restorative material supplied in the form of a powder and liquid. Proportioning of the powder is achieved by using a scoop and the liquid is proportioned according to the number of drops. Powder and liquid are mixed on a mixing pad. 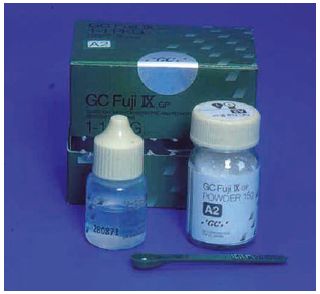 Fig. 24.2 A glass ionomer cement filling material provided in encapsulated form. The powder and liquid used are similar to those used in the material shown in Fig. 24.1 but now the components are mixed together using a device such as that shown in Fig. 24.3. The powder and liquid are brought into contact and mixed for about 10 seconds before extruding the mixed material through the nozzle directly into the cavity. 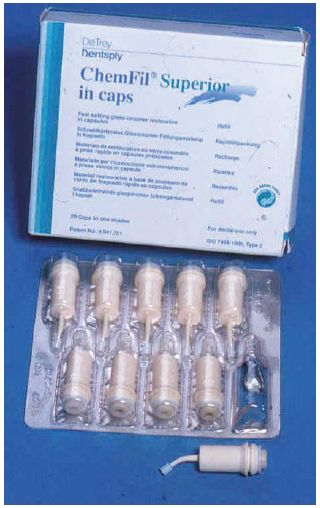 Fig. 24.3 A mixing device that can be used for mixing a number of materials including dental cements. Mixing is achieved by rapid shaking of a capsule. Typically glass ionomer cements as shown in Fig. 24.2 are mixed on this sort of instrument and mixing times may vary between 5 and 15 seconds. 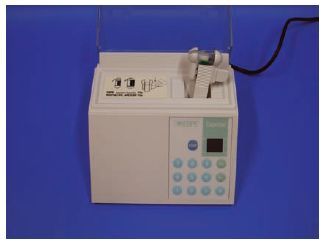 Fig. 24.4 A rotary mixing device which can be used as an alternative to the shaking device shown in Fig. 24.3. In this instrument the capsule is rapidly rotated and centrifuged and the aim is to attempt to produce a mix which contains lower levels of porosity. 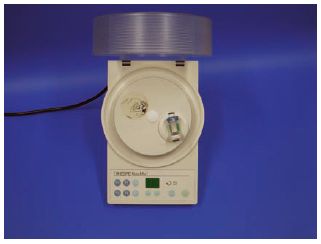 Fig. 24.5 Structural formula of (a) polyacrylic acid and (b) its cross-linking through calcium and aluminium ions. 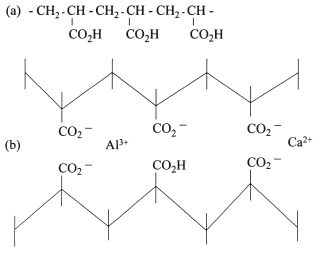 The structure of polyacrylic acid is shown in Fig. 24.5a. It consists of repeating units derived from acrylic acid with reactive carboxylic acid groups at alternate carbon atoms along the polymer chain. Polymaleic acid has a similar structure except that there are acid groups at every carbon atom on the polymer chain. Hence, for a given chain length there are twice as many carboxylic acid groups in polymaleic acid compared with polyacrylic acid. The setting reaction involves the formation of a salt through reaction of the acid groups with cations released from the surface of the glass. The nature of the cross-linked polyalkenoate salt is illustrated in Fig. 24.5b.

On mixing the powder and liquid or powder and water the acid slowly degrades the outer layers of the glass particles releasing Ca2+ and Al3+ ions. During the early stages of setting, Ca2+ is released more rapidly and is primarily responsible for reacting with the polyacid to form a reaction product akin to that shown in Fig. 24.5. Al3+ is released more slowly and becomes involved in setting at a later stage, often referred to as a secondary reaction stage. The set material consists of unreacted glass cores embedded in matrix of cross-linked polyacid. The stages of setting are illustrated in Fig. 24.6. The matrix region is composed of the salt reaction product shown in Fig. 24.5b. The second stage of the setting reaction involves the incorporation of significant quantities of aluminium in the matrix structure and results in a marked maturation of the physical properties of the material. Prior to this stage, the materials remain very weak and soluble. In order to ensure that the reaction proceeds to full maturity it is essential that the setting cement is protected from excessive moisture contamination since the presence of disproportionate quantities of water at this stage can interfere with salt formation.

The presence of tartaric acid plays a significant part in controlling the setting characteristics of the material. It helps to break down the surface layers of the glass particles, rapidly liberating aluminium ions with which it undergoes complex formation. Hence the aluminium ions are not immediately available for reaction with the polyacid so the working time of the cement is maintained. The initial onset of setting is further inhibited by the tartaric acid preventing unwinding and ionization of the polyacid chains. When the concentration of solubilized aluminium reaches a certain level the second stage of the setting reaction proceeds rapidly. The tartaric acid aids complex formation between the polyacid and the trivalent aluminium ions by overcoming steric hindrance problems which may occur when an aluminium ion attempts salt formation with three carboxylic acid groups. Hence many of the aluminium salt links consist of an aluminium ion bound to two carboxylate groups and one tartrate group. This mechanism is supported by the fact that there is very little unbound tartaric acid left in the set cement. The release of fluoride ions from the glass particles results in the matrix phase of the set material becoming a reservoir for fluoride. After setting the matrix is able to release this fluoride into the surrounding environment or to absorb fluoride from the surroundings when the ambient fluoride concentration is high (e.g. from a fluoride containing toothpaste). In addition to the potential therapeutic effects of the fluoride concentrated in the matrix phase, its presence is also thought to contribute towards optimizing the setting characteristics by maintaining workability for a longer period followed by a relatively sharp increase in viscosity.

Fig. 24.6 Diagrammatic illustration of the setting of glass ionomer cement. 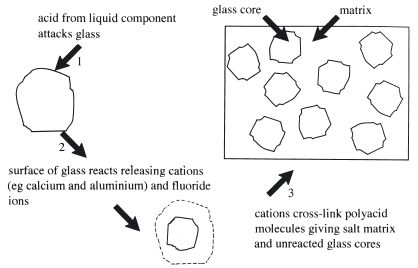 Some of the property requirements of glass ionomer cements are embodied in the ISO Standard for dental water-based cements (ISO 9917). These requirements are given in Table 24.2 along with those for the glass ionomer luting materials and cavity lining/base materials. Since glass ionomers and composites may be considered for similar applications – both being tooth coloured restorative materials – their properties are compared qualitatively in Table 25.1.

Like many dental cements the properties of glass ionomers are critically dependent upon the powder/liquid ratio. Unfortunately hand mixing at optimal powder/liquid ratios may result in a dry and apparently crumbly mix which dentists do not like. Hence there is a tendency for dentists to add too much liquid to give a wetter consistency with a deleterious effect on the physical properties of the material. This problem is surmounted by the use of encapsulation and mechanical mixing.

The powder/liquid ratio should be high in order to optimize strength and solubility, but there should be sufficient free polyacid available to form a bond with tooth substance. The materials are often difficult to mix at the ratios recommended (typically around 3 : 1 by weight). The powder/ water materials tend to be easier to handle than the powder/liquid products. Aqueous solutions of polyacids should not be stored in a refrigerator since this may initiate crystallization. The variability of material properties with powder/liquid ratio and the difficulties of mixing by hand suggest there are definite advantages to be gained by using the materials in encapsulated form. Here the proportions are fixed by the manufacturer and mixing takes only a few seconds in an electrically-powered mixer of the type available in most dental surgeries.

Table 24.2 Requirements of glass ionomer cements as outlined in ISO 9917.

The setting reaction is rather protracted despite a fairly rapid initial hardening. The material must be protected from moisture contamination during the first hour, otherwise strength and solubility are adversely affected. Hence it is necessary to varnish the surface of the filling immediately after initial hardening. The varnishes used consist of a water resistant resin dissolved in a volatile solvent such as ether or ethylacetate. These varnishes can be expected to afford protection to the glass ionomer for a variable period of time, from a few seconds to an hour or more depending on how quickly they become dislodged. A more long-term protective effect can be achieved by using a resinbonding agent or fissure sealant of the type described in Chapter 23.