As in other aspects of health care, the achievement of optimal outcomes requires a practitioner who excels in three domains: aspiration, clinical skill, and treatment choice. High aspiration stems from a number of personal values, education, and working environment, including the financial and organizational context. Clinical skills, including the ability to motivate and support patients, may also reflect innate personal qualities and talent, together with the extent and quality of training and experience. But making the right choice in treatment depends mostly on the practitioner’s access to a sound store of evidence on the probability that particular lines of treatment, technologies, or materials are better than others. Typically in orthodontics, therapeutic choices will be deemed successful if they are reliable and robust (they usually work), economical (low chair-side time and delivery cost), user friendly (comfortable and undemanding), and safe.

Unlike aspiration and skill, maintenance of a sound evidence base requires a collective professional effort, as no single individual would be able to conduct the research necessary to resolve the huge level of uncertainty that prevails today. Furthermore, the standing of a health profession is largely a reflection of the collective effort that has been made to establish the evidence base underpinning its activity.

As described elsewhere in this book, well-conducted randomized control trials of competing treatments and technologies incorporating patient-centerd outcomes are less likely than other forms of comparison to incorporate bias, and systematic reviews of well-conducted trials will provide the surest means of resolving uncertainty.

This chapter provides an overview of the trials reported in the orthodontic literature, their source and the quality of reporting, and how the profession, journals, and agencies such as The Cochrane Collaboration might work together to improve the orthodontic profession’s evidence base.

Trials in the Orthodontic Literature

As Table 17.1 shows, randomized control trials (RCTs) constitute a lower proportion of the clinical reports in orthodontics’ largest journal than in other speciality journals in dentistry.

Table 17.1 Percentage of clinical reports that are RCTs in different journals.

This is perhaps surprising given the predominately “hands-on” clinical nature of orthodontics and the constant stream of clinical innovations from practice and of new technologies from the orthodontic materials and devices industry. True, the actual numbers of RCTs and CCTs (controlled clinical trials) reported have been increasing since the 1980s, but not more than in the general area of oral health (Figures 17.1 and 17.2). 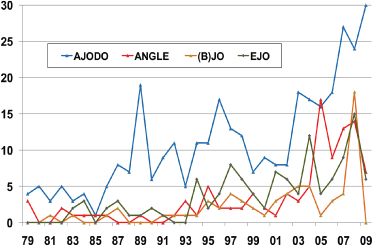 Figure 17.2 The number of RCTs and CCTs published annually on oral health topics. 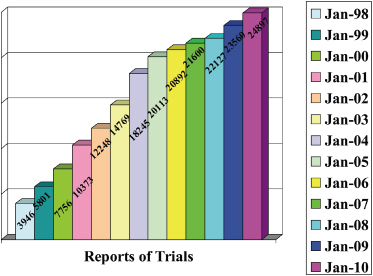 Figure 17.3 summarizes the countries in which reported trials were carried out.

Figure 17.3 Number of reports of orthodontic trials published from 2000 to 2009 according to country in which they were performed. 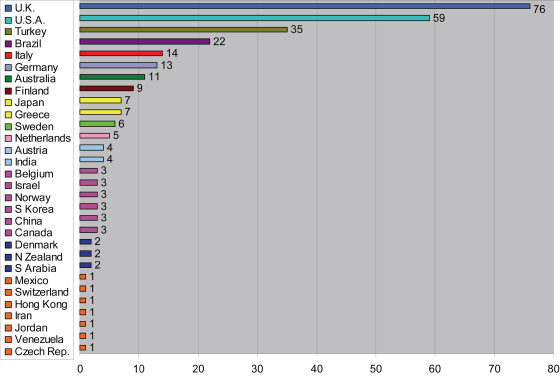 Table 17.2 provides an overview of the topics investigated in 191 clinical trials reported during the period 2000–2009, and all appear to address questions of relevance to the everyday practice of orthodontics. Indeed an orthodontist who knew how best to negotiate the uncertainties in these areas would have a very much enhanced probability of delivering optimal care.

Sadly, however, even a cursory review of these reports reveals that many trials are inconclusive because of small sample size, less than rigorous trial management, and poor reporting, especially concerning the method of allocation concealment. Harrison (2003) found that only 2.6% of 155 orthodontic trials published between 1989 and 1998 adequately reported their method of allocation concealment. The CONSORT statement (consolidated standard of reporting trials) was published in 1996, and subsequently revised in 2001, in an attempt to improve the quality of reporting of RCTs (Moher et al. 2001). In a further survey of orthodontic trials, Harrison found that the standard of reporting trials improved somewhat in journals that required authors to complete the CONSORT checklist, but not by a significant amount as journals appeared not to ensure compliance (Flint and Harrison 2010).

The Cochrane Collaboration started in 1993 with the following aim: “Improving healthcare decision-making globally, through systematic reviews of the effects of healthcare interventions, published in The Cochrane Library.” It is an “international not-for-profit and independent organization, dedicated to making up-to-date, accurate information about the effects of healthcare readily available worldwide.” Its primary function is the production and dissemination of high-quality systematic reviews of health-care interventions. The rationale for systematic reviews has been well documented over the years (Mulrow 1994; Chalmers & Altman 1995). Simply, they aim to reduce the ever-increasing volume of both published and unpublished research literature on a specific topic into manageable, unbiased, quality-assessed portions.

The Cochrane Collaboration is made up of over 50 review groups, of which the Cochrane Oral Health Group (COHG) is one. Originally established in 1994/>