13: Transition Problems in the Posterior Regions

Transition Problems in the Posterior Regions

There is great variation in transition in the posterior regions. This variation is described and illustrated for the mandible in Chapter 3 and for the maxilla in Chapter 6 in relation to the size of the middle section of the apical area, the room available in the dental arch for the permanent canines and premolars, and the sequence of emergence. The effect the transition in the posterior regions can have on the position of the incisors is subsequently shown in Chapters 4 and 7.

In this chapter problems that develop during transition in the posterior regions are dealt with according to their clinical manifestations and the possibilities to guide or treat them. Subsequently interceptive measures, rotated canines and premolars, their emergence buccally or lingually, prevention and correction of endo-occlusion and exo-occlusion, lateral open bites, ankylosis of deciduous molars, and impacted canines and premolars are all discussed. A separate chapter (14) has been devoted to premature loss of deciduous molars, and Chapter 15 deals with agenesis of premolars.

Preventing caries of deciduous teeth and timely restoration of carious lesions when they occur will limit the danger of undesired reduction of arch length and of the space available for the permanent canines and premolars.

Deciduous teeth that are retained too long can impede the assumption of correct positions of already emerged permanent canines and premolars. This applies specifically to maxillary canines that emerge high labially and premolars that emerge abnormally far buccally (in danger of developing exo-occlusion). Extraction of persisting deciduous teeth usually results in spontaneous correction of the eruption path of their successors.

Extraction of a maxillary first deciduous molar 6 to 12 months before the time it would normally be expected to exfoliate leads to accelerated eruption and earlier emergence of its successor. In instances where the as yet unemerged permanent canine and first premolar lie in close proximity (small middle section of the apical area), extraction of the first deciduous molar may result in distal movement of the canine crown within the alveolar process. This happens because, after the descent of the relatively broad premolar crown, the narrower premolar roots occupy less space than the crown did. This early distal movement of the canine can result in improved alignment of the lateral incisor.

As has been outlined in earlier chapters, the difference between mesiodistal crown diameters in deciduous and permanent teeth plays an important role in determining whether or not the process of transition progresses optimally. In instances of an unfavourable distribution of these differences, judicious reduction of the mesiodistal diameters of the deciduous crowns will permit a better arrangement of the premolars and permanent canines than would have occurred if nothing had been done. In some circumstances the alignment of the anterior teeth also can improve as a result of such an action. The various situations are outlined in Figs. 13-1 and 13-2. It is often sufficient just to “slice” the mesial surface of the mandibular second deciduous molar, especially when this tooth has a markedly greater mesiodistal diameter than its successor. The advantage of slicing in the maxilla is less than in the mandible and it is consequently less often advocated there. 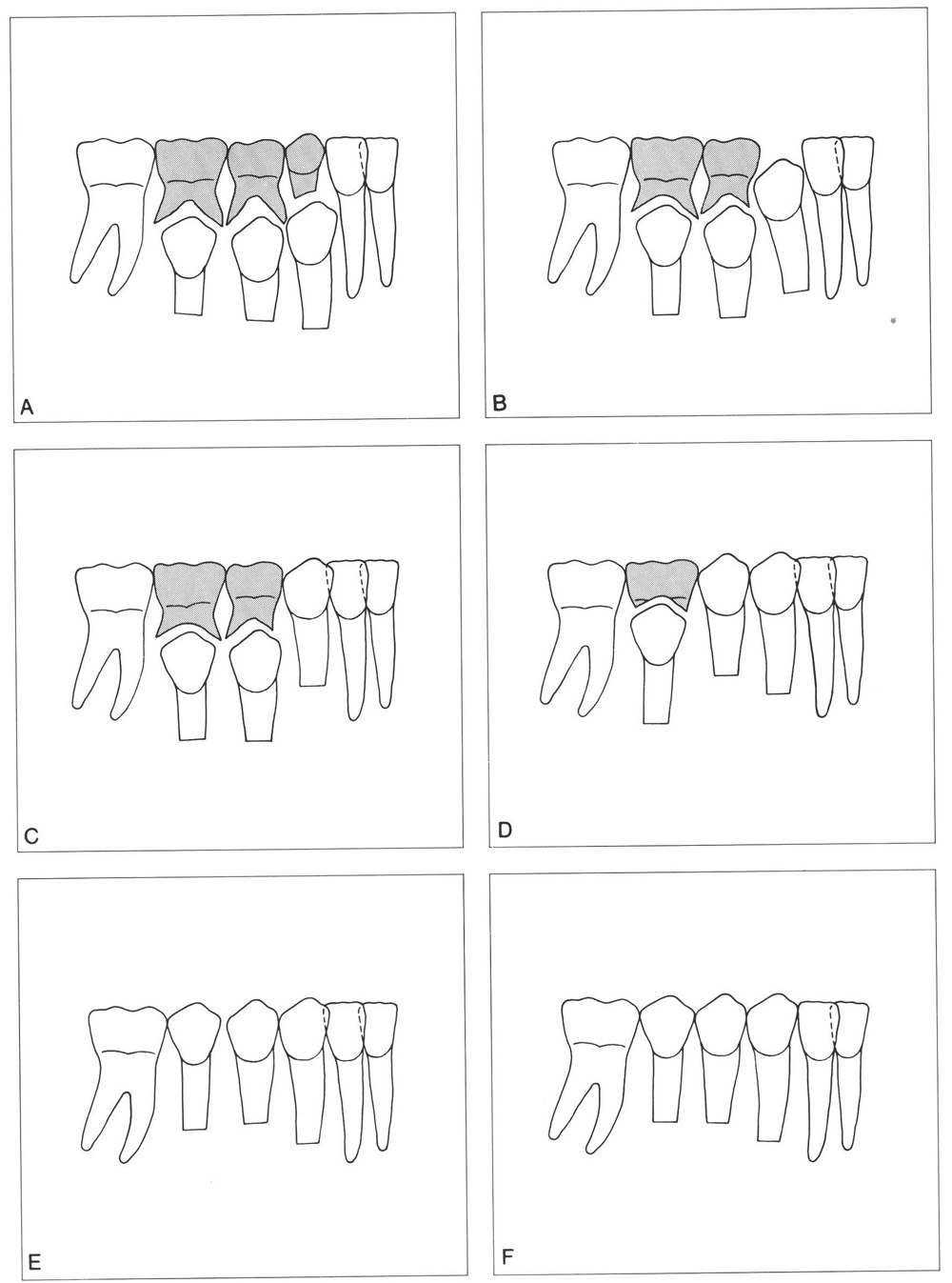 Fig. 13-1 Transition of the posterior teeth with crowding in the mandibular arch.

A Mandibular incisor crowding is present in the intertransitional period.

B Eruption of the permanent canine with insufficient space in the dental arch.

D The first premolar had sufficient space on emergence.

E The canine can profit from the extra space as the second premolar erupts distally.

F The canine has improved its position; crowding of the incisors has increased. 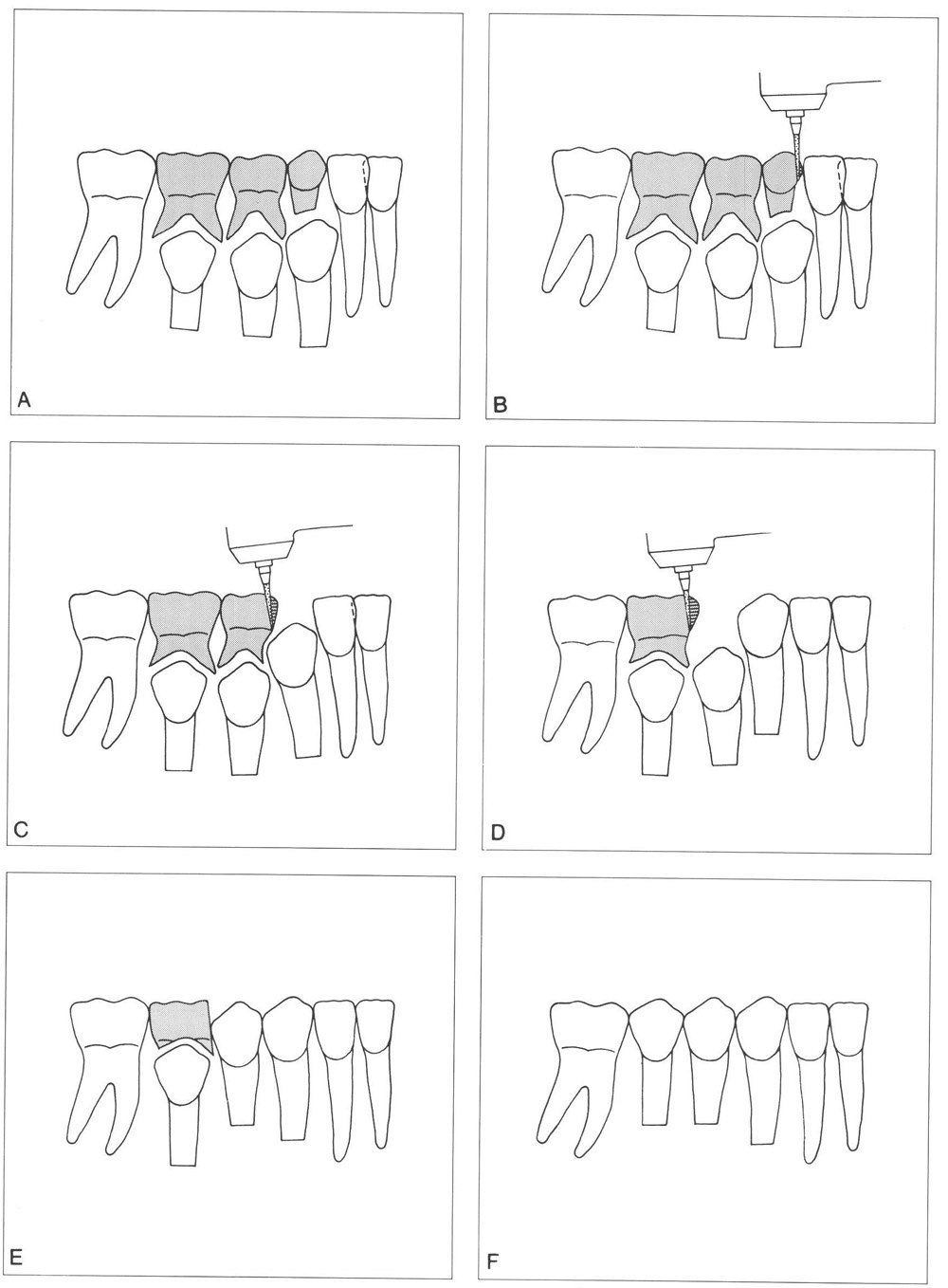 Fig. 13-2 The “slicing “procedure, to take advantage of the difference between the mesiodistal crown diameters of the deciduous teeth compared with their successors; this difference may be used to prevent or even correct crowding. The desired effect can often be obtained by slicing only the second deciduous molar at the right time.

B The mesial surface of the deciduous canine is cut back to make extra space for the incisors.

C The first deciduous molar crown is reduced mesially, before the emergence of the permanent canine, in order to provide better conditions for good alignment of the canine.

D The second deciduous molar crown is reduced with the aim of securing a better position for the first premolar.

E The mesiodistal breadth of the second deciduous molar crown after slicing is only slightly greater than that of its successor.

F The leeway is mostly used up; the first permanent molar has moved forward only a little.

Finally, it might be noted that overcontoured restorations in first permanent molars can inhibit normal transition; prompt correction of such a situation is essential.

Mandibular permanent canines sometimes emerge rotated. Usually this is a sign of crowding. Should sufficient room become available for them in the dental arch later, natural correction o/>

Tags: Problems and Procedures in Dentofacial Orthopedics
Jan 1, 2015 | Posted by mrzezo in Orthodontics | Comments Off on 13: Transition Problems in the Posterior Regions
Premium Wordpress Themes by UFO Themes
WordPress theme by UFO themes