Third molars can cause much trouble, especially in the mandible. Often the problem is not revealed until the teeth themselves fail to appear on time. In many cases the dentist can make a diagnosis at a much earlier stage. On the basis of clinical observation and radiographs he or she can determine if intervention is called for.

The subject will be dealt with as follows: development and eruption of third molars, frequency of agenesis and impaction, morphology and growth of the jaws, third molars and incisor crowding, prediction of the chance of normal emergence, and age at removal.

18.2 Development and eruption of third molars

The bony crypts of third molars are present at an average age of 8 years, and root formation begins about age 14. However, significant variation exists in this respect, and the same applies to the speed at which the crown and roots form.

Before age 7 the third molars cannot be detected radiologically. Third molars can be considered absent if there is no image on a radiograph taken after age 14.44 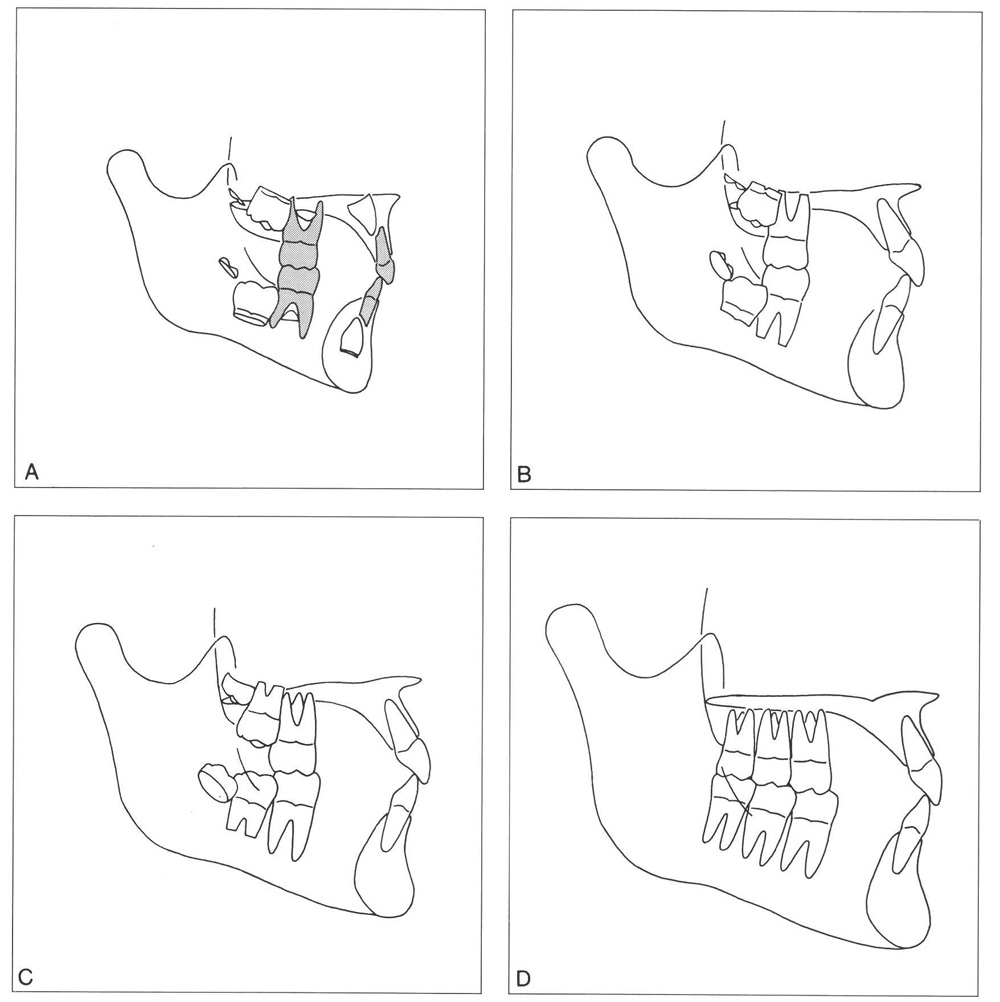 Fig. 18-1 Positions of the permanent molars at different ages. (From Van der Linden.224)

C At age 12 years, the crown of the mandibular third molar has not followed the vertical displacement of the other teeth and has come to lie caudally to the occlusal plane, and particularly to the mandibular second molar, which has partly erupted. The maxillary third molar is still placed high.

D At the age of 21 years the mandibular and maxillary third molars are harmoniously added to the dental arches.

Mandibular third molars are laid down with a mesial angulation and a lingual inclination. They erupt from this position, accompanied by an uprighting movement. This change in orientation is essential for proper emergence (Fig. 18-2). They become more upright after puberty than before.80 Between 14 and 16 years normally erupting mandibular third molars move toward a position from which they can emerge normally.171, 174 Significant changes in inclination over a relatively short period can also occur between the ages of 18 and 20 years.188 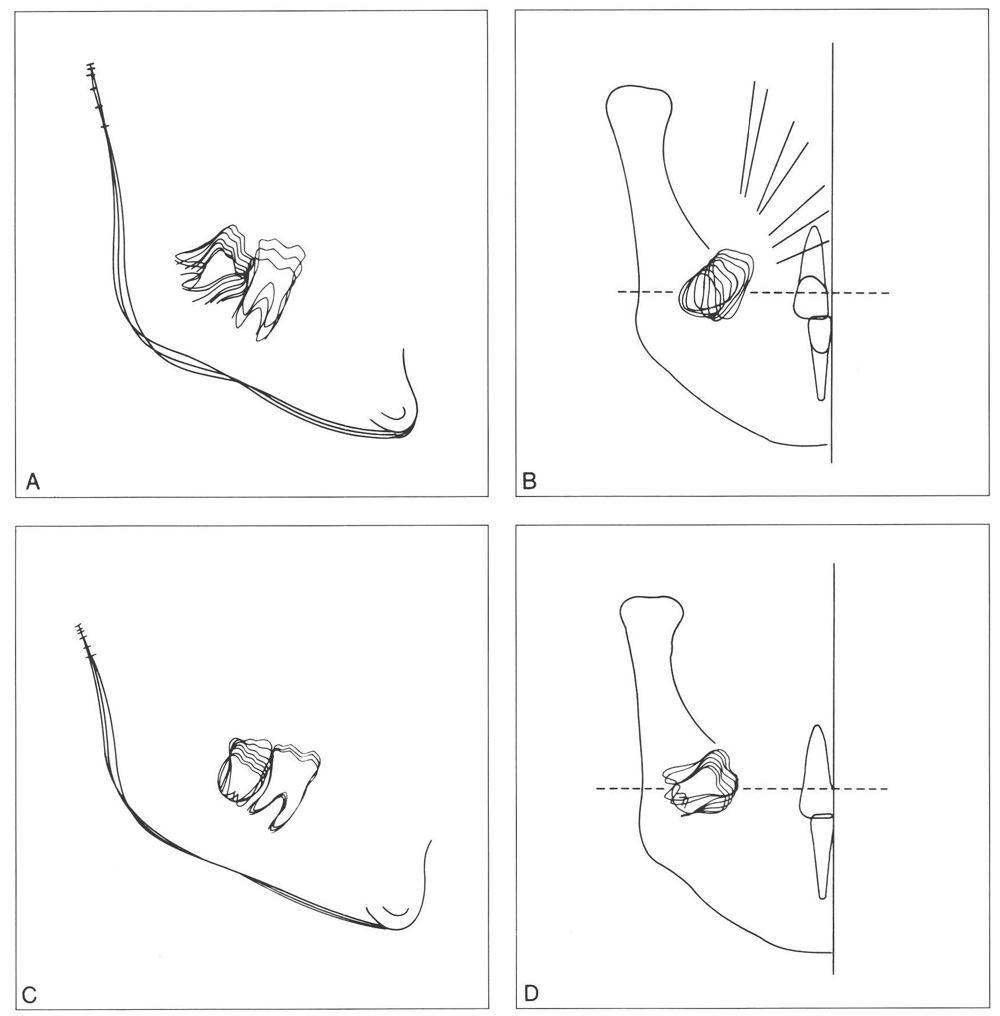 Fig. 18-2 Examples of changes in position and orientation of mandibular third molars, illustrated with superimposed tracings from lateral and frontal cephalometric radiographs. (Figures in mirror image from Svendsen et al.206)

A, B Development from 12 to 18 years in a girl. The third molar has uprighted, both sagittally and transversely (lines in B indicate axial changes).

C, D Development from 13 to 19 years in a boy. The angulation and orientation of the third molar have changed little; the tooth is impacted.

Maxillary third molars are laid down facing distally and buccally. Their orientation also changes slowly and evenly. After occlusal contact is established the mandibular molars provide guidance by the cone-funnel mechanism (Fig. 18-3). 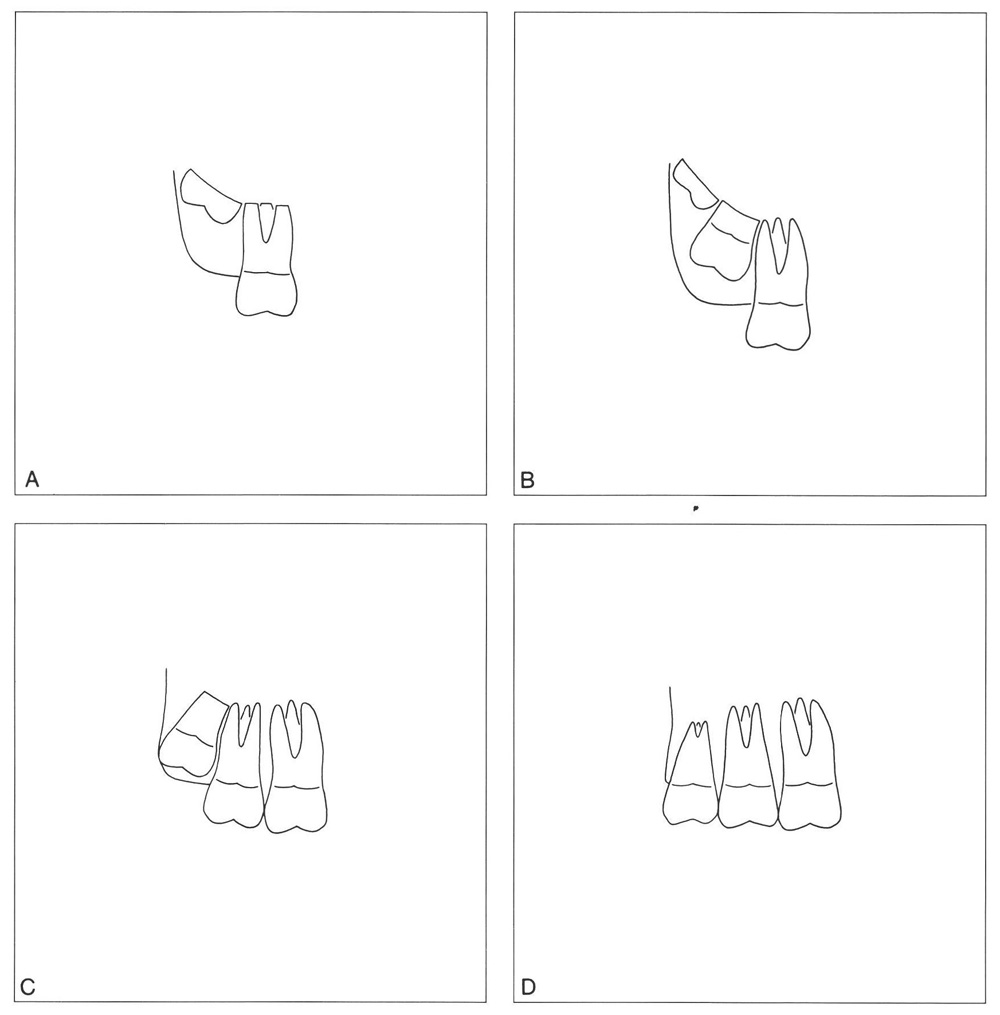 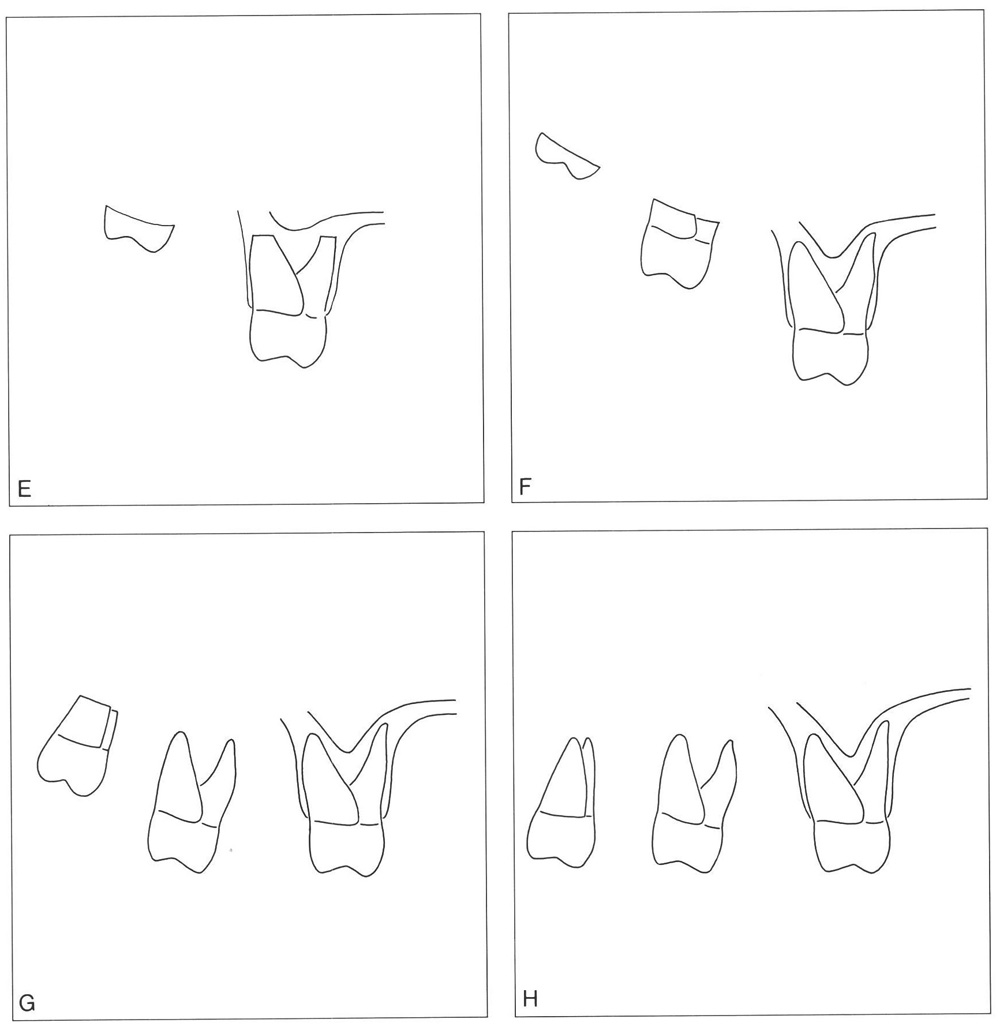 Fig. 18-3 Changes in inclination and angulation of maxillary molars.

A to D Maxillary second and third molars are laid down with distal angulation, and as sufficient room becomes available in the jaw they gradually upright themselves from that position until, long after reaching occlusion, they assume a mesial angulation.

E to H Maxillary molars are laid down with a buccal inclination and gradually become upright. They keep the buccal angulation after emergence. The apical area is built out buccally only to a limited extent.

Mandibular third molars in boys emerge on average earlier than those in girls (about 19.8 years and about 20.4 years, respectively), but no difference is found in maxillary third molars (about 20.5 years).

Emergence occurs about 1 1/2 years sooner if a permanent tooth was extracted from the same quadrant. There is also earlier emergence if the first permanent molar drifted markedly mesially after premature loss of a deciduous molar.207