10 Molar and Incisor Positioning to Achieve Occlusal and Esthetic Objectives

Molar and Incisor Positioning to Achieve Occlusal and Esthetic Objectives

The goal of orthodontic treatment is a balanced oral system with functional occlusion, a healthy oral-dental structure, and improved facial appearance. To achieve this goal the stable elements in the original oral structures must be maintained while new elements are established gradually through a multistep process.

A prerequisite to orthodontic treatment is a clear understanding of the critical components in a stable occlusal system. In the 1900s Angle emphasized the importance of maxillary first molars as the center of occlusion.1 In the 1950s Tweed identified the Tweed triangle and proposed that the mandibular incisors should be upright in relation to the mandibular plane.2 Later, in the 1970s, Andrews, developer of the straight-wire appliance, put forward his six keys to occlusion and declared that all teeth should be positioned within the center of bone with reference to the WALA ridge (discussed later in the chapter).3

The belief systems introduced by these three thinkers can be regarded as the “philosophies of orthodontics” and they form the foundation for all modern-day orthodontics.

The pyramid depicted in Figure 10-1 shows the relationship between philosophy, technique, appliance, and objective in orthodontic practice. The upper layers of the pyramid are based on the lower layers whereas the realization of the lower layers depends on the upper ones. Reviewing the historical development of orthodontics contributes to an understanding of these relationships. In the holistic approach to orthodontic treatment, these comprehensive philosophies are always considered when choosing appropriate techniques and appliances for individual patients. 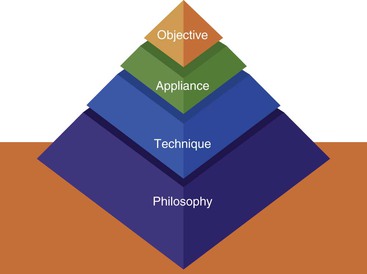 Figure 10-1 The pyramid relationship between philosophy, technique, appliance, and objective in orthodontic treatment.

The Importance of Maxillary First Molars

The permanent first molars are the largest and strongest teeth in the human mouth and are located near the anteroposterior center of each arch (Fig. 10-2). The loss of a permanent molar allows movement and tipping of the teeth on either side of the mouth and disrupts the continuity of the arch.4 Angle1 was convinced that the key to occlusion is the relative position of the first molars. He claimed that in normal occlusion the mesiobuccal cusp of the maxillary first molar occludes with the buccal groove of the mandibular first molar.1 When he developed his classification of malocclusion, he noticed that the position of the first molars relative to the jaws is more reliable than that of other teeth because the molars are less restrained in taking their positions.1 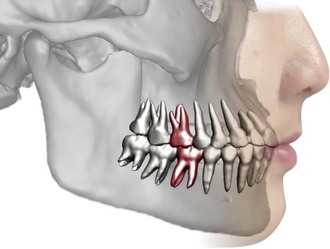 Figure 10-2 The position and the importance of the permanent first molars.

In addition, a strong ridge extends upward from the socket of the maxillary first molars to the zygomatic process of the maxilla5,6 (Fig. 10-3). The occlusal force on the teeth could be distributed along this bony ridge. Therefore the maxillary first molar should stay in its original position (where it erupted) during and after orthodontic treatment in order to maintain its relationship with the strong bony ridge. The mesial and distal (sagittal) movements of the molar should be limited to 2-mm in each direction. Limiting mesial movement of the maxillary first molar preserves the extraction space for relieving anterior crowding or retracting protruded anterior teeth. The tip-back bend in the Begg technique is a solution for achieving good sagittal control of maxillary first molars and can be applied with modern appliances (Fig. 10-4). Current techniques with microimplants provide more reliable anchorage control because of their absolute immobility and direct application of force (Fig. 10-5). 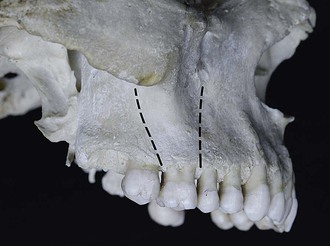 Figure 10-3 The maxillary first molars stand on the strong ridge extending the zygomatic process of the maxilla.

Figure 10-5 Micro-screw is used to distalize the maxillary arch via directional force application of the canine. A, Frontal view. B, Lateral view.

The transverse position of the maxillary first molars is of the same importance. In his six keys to occlusion, Andrews emphasizes that the mesiolingual cusp of the maxillary first molar, the largest functional cuspid in the mouth, should occlude in the central fossa of the mandibular first molar.7 More than 80-mm2 of efficient chewing surface is gone when a first molar is lost.4 Any excessive transverse change of a maxillary first molar, including lingual or buccal displacement, lingual or buccal tipping, and mesial or distal rotation, will result in not only the reduction of chewing surface but also mandibular backward compensatory displacement or clockwise rotation, which will destroy the balanced occlusion. Therefore the adequate inter-molar width should be kept during the treatment. Especially in extraction cases, the mesial rotation and buccal tipping of maxillary first molars during space closing should be prevented.

Any fixed appliance or orthodontic technique in use today is likely to cause the posterior teeth to extrude. The vertical control of the maxillary first molar is essential to maintaining the inclination of the functional occlusal plane and preventing the downward-backward rotation of the mandible in Class II cases, especially those with high mandibular plane angle. This clockwise rotation does harm to the patient’s facial profile as well as the temporomandibular joint (TMJ) function. Methods of vertical control include micro-implants, transpalatal arch, and high-pull headgear.

No matter what kind of additional appliance is used to enforce the anchorage of the maxillary first molar and to keep the molar’s position in three dimensions, all techniques have certain things in common to ensure that the treatment is carried out smoothly. These include selection of a suitable archwire, the form of the archwire, light activation force during space closure, and appropriate mechanism of space closure (see Case Report).

The Uprighting of Mandibular Incisors

Before orthodontic treatment starts, an attempt should be made to identify an ideal incisor position that will benefit the periodontal tissues and TMJs and retain tooth alignment. The position of the mandibular incisors is of paramount importance. However, crowding and periodontal recession always occur in the field of the mandibular incisors, because these teeth are vulnerable to the tendency of posterior teeth to move forward and the biting force from the maxillary incisors.

In the 1950s Tweed2 reported that the inclination of mandibular incisors was critical to facial esthetics and the stability of treatment results. He claimed that the incisor mandibular plan angle (IMPA) should be 85 to 95 degrees; approximately 90 degrees was designated the norm. In addition, we found the mandibular incisors always stand in an upright position with their roots in the center of the bone in the patients with congenital anodontia or general space in the anterior segment of their mandibular arch (Fig. 10-6). 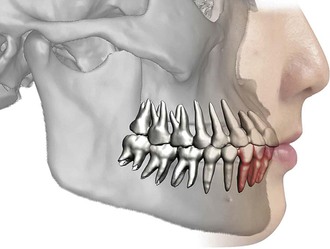 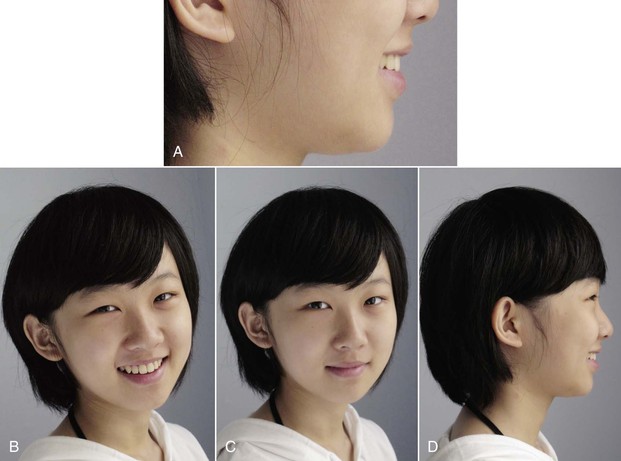 As mentioned, the goal of orthodontic treatment is to establish a new balanced oral system with functional occlusion. The procedure is like doing a model setup when a treatment plan is made. Orthodontists should decide which teeth must stay stable and which teeth should be primarily repositioned. Then the rest of the teeth can be set sequentially until the final occlusion is established. In orthodontic treatment the maxillary first molars are usually kept stable in three dimensions. The upright position of the mandibular incisors should be set as early as possible, especially in patients with Class I or Class II malocclusion.

Tags: Esthetics and Biomechanics in Orthodontics
Dec 31, 2014 | Posted by mrzezo in Orthodontics | Comments Off on  10 Molar and Incisor Positioning to Achieve Occlusal and Esthetic Objectives
Premium Wordpress Themes by UFO Themes
WordPress theme by UFO themes