As dentists, we devote our lives to helping our patients maintain their oral structures in the highest possible state of health. But some patients still become fully edentulous, despite our efforts.

This book is devoted to presenting the physiologic treatment option for fully edentulous patients. Placement of dental implants followed by immediate loading with a fixed, implant-supported prosthesis mimics the biomechanics of teeth within alveolar bone.1 Biologic benefits for this group of patients are internal loading on the alveolus and preventing continued resorption of the patient’s jaw. The psychologic benefits are the ability of the patients to feel confident during speech and mastication without the constant reminder of having a mobile full denture. An understanding of the biomechanics and the strategic placement of implants throughout the edentulous arch permits use of a physiologic treatment protocol in even the most severely atrophic mandibles and maxillae. It is important to remember that this treatment option can typically be accomplished in a 4-hour, surgical-prosthetic appointment and results in only minimal postoperative discomfort for most patients.

Despite universal concurrence within the academic and scientific dental communities that this approach best serves patients, it continues to be grossly underused. Only a limited fraction of Americans missing all their teeth in one or both arches have been treated with implant-supported, fixed prostheses.2 A major reason for the underuse of this treatment option, especially in the maxilla, is the misconception that a flangeless, fixed maxillary prosthesis cannot be fabricated because of lack of lip support and difficulties with phonetics. Similarly, the position of the mental foramen in the mandibular arch limits the anterior-posterior distribution of the implants, once again eliminating this option for most practitioners. Hence, a tissue-supported, implant-retained overdenture is fabricated for these patients.

Financial considerations also affect the treatment options. Although insurers increasingly are covering some of the costs, patients still bear—and for the foreseeable future will continue to bear—the biggest share of the financial responsibility. But economic constraints only partially explain the relatively low percentage of edentulous patients who are living with implant-supported fixed prostheses. Several studies have looked at the socioeconomic concerns of edentulous patients. It is helpful to summarize the findings of some of these studies.

A 2008 quantitative survey of more than 54,000 U.S. consumers3 found that almost 90% ranked their smile as their most important attribute, followed by the appearance of their teeth (87%) (Figure 1-1). Both were considered to be more important than hair, clothing, eyes, facial features, and physique. Respondents revealed that they not only understood the aesthetic deficit created by edentulism, but furthermore associated it with lower social status, lower income, and a lack of concern for one’s health. Individuals who were missing teeth reported covering their mouths when they smiled or laughed or avoiding smiling altogether, particularly when being photographed. The financial costs of implant treatment often did not surprise respondents familiar with the cost of dental work. However, respondents also frequently assumed that dental implants could only be delivered via a lengthy and complex procedure involving significant pain. Furthermore, some felt that implant treatment could not be justified because they thought the main benefits of implants were restored appearance and masticatory function—benefits that could be delivered by (less expensive) removable dentures with equal effectiveness. 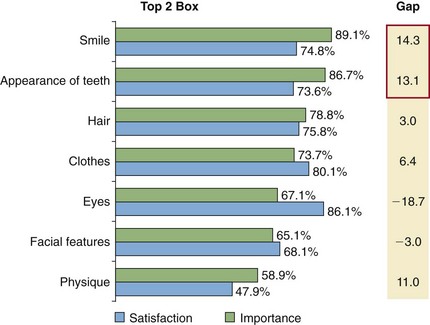 FIGURE 1-1 U.S. consumers ranked their smile as well as the appearance of their teeth as their top two most important attributes.

As the various chapters of this book explain, the psychosocial and the physiologic consequences of edentulism are profound. Inevitable alveolar bone resorption occurs in the absence of sustained loading, with dramatic consequences for the overall facial contours. As the resorption progresses, dentures cease to fit, a challenge that cannot be overcome by the best of practitioners.4,5

Looking into the patient profiles in most urban practices, it is evident that the retention rates for natural teeth have steadily increased6 and percentage rates for edentulism have declined.7 The suggestion has even surfaced that in the future dentists may not need to treat edentulism. That is a significant misconception (Figure 1-2). Many fully edentulous patients tolerate essentially nonfunctional full dentures because they have been told that they are not candidates for implants. The reason for this statement could be anatomic; patients with large maxillary sinuses or resorbed posterior man/>