1 A Historical Perspective of Evidence-Based Orthodontics

A Historical Perspective of Evidence-Based Orthodontics

The unmanageable amounts of health-care information that had become available toward the end of the twentieth century created a serious challenge to clinicians trying to make informed decisions for their patients about the relative effectiveness of various treatment options. The lack of systematic assessments of the literature led to delays in the incorporation of better treatments as less effective, less efficient, and even harmful interventions continued to be recommended.

In response to this problem, medicine pioneered an evidence-based approach to clinical practice, which in 1972 was spearheaded by the British epidemiologist Archie Cochrane and described in his influential monograph entitled Effectiveness and Efficiency (Cochrane 1971). The impact of this new concept in clinical medicine—that all treatment interventions must be proven to be effective—was supported by the early example in which data was combined from clinical trials that investigated premature births. By 1974 all controlled trials in perinatal medicine had been systematically identified in a clinical trials register and by 1987, the year before Archie Cochrane died, 600 systematic reviews on health-care topics had been conducted. How one man, whose ideas were initially unacceptable to the medical community, had such a profound impact on medicine is recounted in the autobiographical monograph One Man’s Medicine(Cochrane 1989). His revolutionary observations and convictions were fashioned by his experiences growing up in Britain during the tumultuous years surrounding two world wars and the introduction in 1948 of the British National Health Service.

Archie Cochrane was born in a small town in Scotland in 1909 to a privileged and wealthy family. His successful grandfather and great-grandfather pioneered the textile industry and benefited from the manufacture of the popular Scottish tweeds. As a young boy with an elder sister, two younger brothers, and devoted parents, he lived an affluent but disciplined life in a large house with multiple servants. His youthful world was disrupted in 1914 when the First World War was declared. His father joined a Scottish regiment and was killed in 1917 while attempting to rescue a wounded brother officer. Archie Cochrane was 8 years old and now carried the responsibilities of being the eldest son with three siblings and a grieving mother. The desolation of the loss of his father was followed by the death of his younger brother to tuberculosis and the severe wartime restrictions. He was educated in the traditional upper-class prerogative of “building character” by sending young boys to preparatory boarding school, followed by their prestigious and expensive “public” school before entering university. Archie Cochrane excelled in athletics and mathematics, and his aptitude for literature resulted in his successful admittance to King’s College, Cambridge. A rugby football accident curtailed the time he devoted to acting, riding, tennis, and golf but made him focus on his studies; he graduated with a double first-class honors degree. His grandfather’s death, while he was at Cambridge, resulted in his becoming independently wealthy early in his adult life, which he believed contributed to his later success. However, this was also the time of another family tragedy when his remaining younger brother died in a motorcycle accident. Archie was now the eldest and only son of his family, and he undertook responsibility for his widowed mother and elder sister.

The Influences in Developing an Evidence-Based Approach

Archie Cochrane was a man of the turbulent 1930s who witnessed the events leading to the Second World War. He was an emotional and intellectual individual whose independence and conviction of moral values caused him to often reject political solutions. When he was a medical student at University College Hospital in London, the Spanish civil war broke out, and Archie Cochrane risked his life by volunteering to join the Medical Aid Unit to Spain following Franco’s invasion. A year later he returned to England to complete his medical training while believing fascism a menace to Western civilization.

His experience of seeing the consequences of war prepared him for joining the British Army during the Second World War and serving overseas. His fluency and aptitude for languages, including German, French, and Spanish, resulted in his joining a commando regiment that included 70 Spanish refugees from the civil war who had enlisted in the British Army. The regiment was deployed to Crete where Archie was captured by the invading Germans. He spent the next 4 years as a prisoner of war (POW), serving as the medical officer to a camp of 20,000 prisoners from diverse multicultural backgrounds and countries whom he cared for with compassion and fortitude (Doll 1997).

This ordeal resulted in his abiding beliefs in patient care and that medical interventions that should be available for all individuals whatever their circumstance. As the medical officer in the POW camp he had no privileges, sharing the same conditions, day and night, with his fellow prisoners. His courage and endurance as a compassionate medical officer sharing the same diet as the other POWs in the camp resulted in his first clinical trial. He was emaciated and jaundiced himself, with pitting edema above the knees, but he set up a trial with yeast he had acquired from the German prison guards. He describes this as “my first, worst, and most successful clinical trial” (Cochrane 1984).

Having survived the Second World War, he subsequently spent time in the United States before returning to England with a mission and commitment to change the imperfect British medical system. His firm belief in finding evidence for the effectiveness of medical interventions resulted in the development of randomized clinical trials (RCTs) and systematic reviews of the scientific literature. This initiated a new era in medicine—one that would ultimately influence dentistry. A new evidence-based approach to patient care was destined to revolutionize clinical practice, and the methodology had its roots in his experiences as a POW medical officer with limited medical supplies, never knowing what might or might not work. This uncertainty proved to be fertile ground for Archie to test his theories, as it allowed him to ethically randomize patients to varying treatments. This randomization usually resulted in well-matched groups that received different interventions, thus allowing the investigation of the most effective treatment.

The Cochrane Collaboration was established a year after Archie Cochrane’s death and is recognized in the 21st century as an international organization that prepares, maintains, and promotes accessible systematic reviews of the effectiveness of health-care interventions from which well-informed decisions may be made (Antes and Oxman 2001). The familiar logo of The Cochrane Collaboration (Figure 1.2) exemplifies and recognizes the impact of Archie Cochrane’s life. The circle, representing the global and international collaboration, encircles the forest plot, which depicts the results of a quantitative meta-analysis. This particular forest plot represents one of the earliest systematic reviews and meta-analyses of the literature on the therapeutic intervention of corticosteroids in women who were to deliver their babies prematurely. By a statistical combination of data from the clinical trials, the highest evidence, and ultimately the gold standard for clinical practice in caring for pregnant women delivering prematurely, was established. The benefits of the effectiveness of administering perinatal corticosteroids were undeniably correlated with the outcome of perinatal and neonatal survival with a consequent reduction in mortality and morbidity.

Figure 1.1 Professor Archibald Leman Cochrane, CBE FRCP FFCM, (1909–1988). The Cochrane Collaboration is named in honor of Archie Cochrane, a British medical researcher who contributed greatly to the development of epidemiology as a science.

(Photo courtesy of The Cochrane Collaboration.) 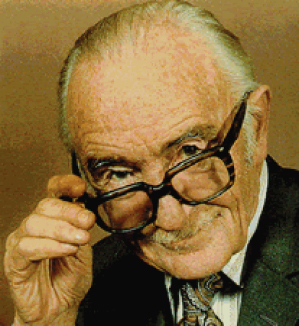 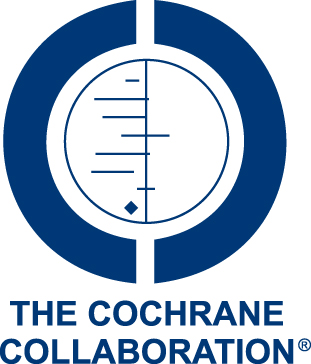