Management of the Neck

All patients with OSCC require careful assessment of their cervical nodal status for optimal treatment planning and determination of their prognosis.

Palpation remains the first step in evaluating the neck of patients with OSCC. However, the diagnostic accuracy of this method varies depending on the body habitus of the patient and experience of the examiner. Both the specificity and sensitivity of the palpation method for diagnosing nodal disease are reportedly 60–70 % [12, 13]. In addition, some nodal regions are inaccessible to palpation, such as the parapharyngeal and retropharyngeal areas.

Imaging modalities currently available in routine clinical practice include ultrasonography (US), computed tomography (CT), magnetic resonance imaging (MRI), and positron emission tomography (PET) with or without CT.
US is a useful diagnostic imaging modality, which has been reported to have high sensitivity but low specificity for evaluating nodal diseases [14, 15]. US is advantageous because of its relatively low cost, its ability to capture accurate measurements of nodal size, and its compatibility with guided fine-needle aspiration (FNA); however, its usefulness is dependent on the experience of the clinician.
Cross-sectional imaging studies play a large role in the evaluation of nodal status. Although both MRI and CT can provide valuable supplemental information, CT appears to be slightly superior when appropriate criteria are used [15–18]. Regardless of the type of imaging studies performed, clinicians use the following criteria that were developed as an aid to determine whether a node is metastatic: (1) a node >1.0 cm (or >1.5 cm in the jugulodigastric region, >0.8 cm in the retropharyngeal region), especially when round; (2) decreased central attenuation in the node; (3) a poorly defined mass in the lymph node-bearing region; and (4) the combination of ill-defined borders and structures. If any of these criteria are present, the node must be considered to harbor metastasis [19, 20].
PET differs from other imaging modalities in that it evaluates metabolic activity rather than anatomical structures. PET has a lower resolution compared with CT or MRI, but this has been overcome with the advent of fusion-imaging technology, which combines the physiological data observed on a PET scan with the anatomical detail observed on a CT scan (PET/CT) [21, 22].
Although recent advances in modern technology have led to the development of various diagnostic imaging modalities as discussed above, none of these modalities alone can confirm a cervical lymph node metastasis (Fig. 8.1, Table 8.2). 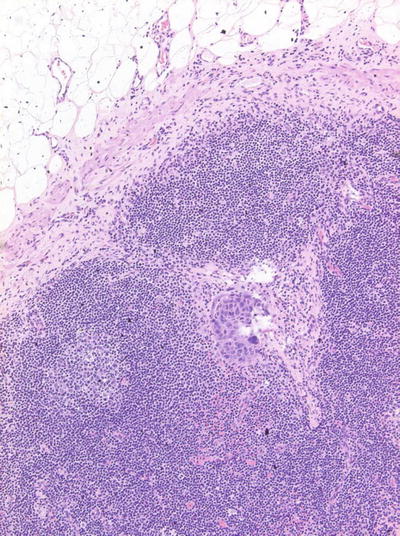 A patient’s cervical node status can be pathologically evaluated; however, pathological confirmation should be obtained only for clinically and radiologically suspicious nodes.

FNA is an accurate and reliable procedure with minimal morbidity that allows for a quick cytological diagnosis of suspicious nodes. For nodes that are difficult to access, guidance with US or CT is helpful [15, 23]. Sensitivity and specificity of FNA for masses of the head and neck have been reported as 97 % and 96 %, respectively [24]. The accuracy of FNA is directly related to the diagnostic capability of the cytopathologist and the quality of the material obtained. If a definitive diagnosis cannot be determined after repeated FNAs, the patient may require an open biopsy procedure.

Currently, sentinel lymph node biopsy receives considerable attention as a procedure for assessing the stage of regional disease. Although this technique is promising, it is under investigation [28–30].

The staging system of regional lymph node metastases established by the UICC (outlined in Table 8.3) considers factors such as size, number, and laterality of the involved nodes.
Table 8.3
N-staging system for carcinoma of the oral cavity

The presence of clinically apparent, histologically confirmed lymph node metastasis is the single most significant prognostic factor in patients with OSCC. In general, it has been observed that patients with lymph node metastasis have a 50 % lower overall survival rate than patients with early-stage disease, owing to neck metastases [1, 2]. However, the unfavorable impact of metastasis on survival varies depending on several factors.
The presence of extracapsular spread (ECS) of tumor, which is usually considered one of the most important predictor of poor prognosis, is not included in N-staging system (Fig. 8.2). ECS has been associated with higher rates of regional nodal recurrence, as well as significantly lower survival rates [31, 32]. As expected, ECS correlates with the size of the metastatic node and is typically found in cases of nodal metastases >3 cm [33]. However, it must be kept in mind that approximately 20 % of all lymph node metastases with ECS are <1 cm in diameter [31, 33]. Although a correlation between the degree of ECS and prognosis has not yet been established, Cater et al. have reported that macroscopic ECS carries a poorer prognosis than that of microscopic ECS [34]. In addition, the number of involved nodes affects the patient’s survival, i.e., survival rates are significantly lower when multiple nodes are involved [2]. The level in which the neck metastases occur, which is also not included in N-staging system, also is a significant factor in patient survival. Several studies have suggested that survival decreases as lymph nodes in lower levels of the neck become involved [35, 36]. 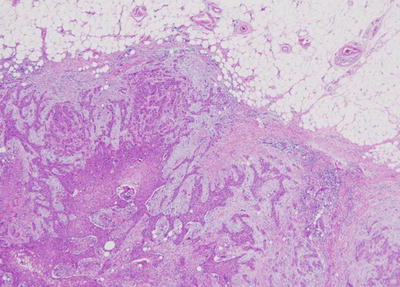 Early-stage regional node metastasis (clinically N1) can be treated with equal success by using either surgery or radiation therapy. In general, the choice of treatment modality is dictated by the modality selected to treat the primary tumor. For advanced cervical metastases (clinically N2 or N3), a combined approach of surgery and postoperative radiation or chemoradiation therapy is usually indicated. Management of the clinically negative (N0) neck is a subject of controversy.

Since the original description of radical neck dissection (RND) given by Crile in 1906, neck dissection has been the accepted standard treatment for regional metastases [37]. RND was popularized by Martin et al. in the 1950s [38], and since that time, surgical treatment of regional node metastases has mainly been RND. However, during the past few decades, RND has been modified in various ways on the basis of our increased understanding of the pattern of lymph node metastasis and the need to decrease postoperative morbidity [39].
The most recent classification of neck dissection was published in 2002 as a consensus statement proposed by the American Head and Neck Society and the American Academy of Otolaryngology – Head and Neck Surgery and was primarily driven by the need to refine the selective neck dissection (SND) nomenclature [4] (Table 8.4).
Table 8.4
Classification of the neck dissection