8. Teeth of Rock-Climbing Gobies: The Most Remarkable Dentitions in the Animal Kingdom?

Teeth of Rock-Climbing Gobies
The Most Remarkable Dentitions in the Animal Kingdom?

A strong candidate for the most remarkable dentition in the whole of the animal kingdom is a group of fish, the rock-climbing gobies. Typified by the monk goby (subfamily Sicydiinae, including Sicyopterus japonicus), these are small undistinguished-looking fish reaching a length of about 10 cm (Figure 8.1). 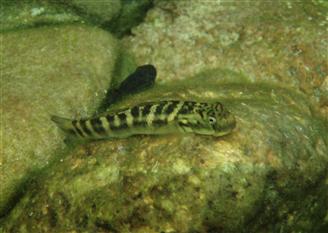 Rock-climbing gobies spawn in the fresh water of fast-flowing rivers, and their newly hatched larvae drift down to the sea. Here they pass through a larval stage lacking teeth and feed on microscopic plants and animals in the plankton. The post-larvae return from the sea some months later to start their journey upstream in freshwater rivers.

Apart from the physiological challenge of accommodating to a freshwater environment following a marine one, the fish now have to adapt to two other major changes. The first is that the fast-flowing rivers they inhabit in Far East countries like Japan, Indonesia and Hawaii often contain waterfalls that they need to climb. The second is that their diet changes and they feed off algae that grow on stones on the river bed.

To move upstream, by the time they arrive at the mouths of estuaries the rock-climbing gobies have developed a powerful sucker on their under surface (by fusion of their two pelvic fins) in order to counteract the tumbling flow of water in the opposite direction.

The adaptation to feeding on algae-colonising stones on the river bed requires an amazing metamorphosis of the head region as the gobies start to make their way upstream. Firstly, from its position at the very front of the head, the mouth is relocated to a situation where it lies underneath the head, like a shark or ray, so that when the goby attaches to a rock with its ventral sucker, its mouth is favourably positioned to be in direct contact with the algae-covered rock on which it feeds. Secondly, the upper lip enlarges to form another sucker at the front of the head. Thirdly, teeth appear inside the mouth to enable the goby to scrape the algae off the rocks. These dramatic changes in the morphology of rock-climbing gobies take place very rapidly, probably in terms of just a few days.

When it encounters a waterfall (Figure 8.2), the rock-climbing monk goby scales it by alternately attaching to the rock via its mouth sucker and chest sucker, aided by muscular contractions of its body (Figure 8.3). This allows the fish to gain access to the water immediately behind the top edge of the waterfall, a habitat denied to other fish. 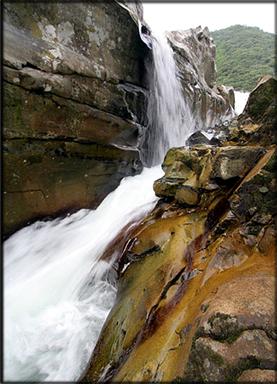 Tags: Nothing but the Tooth A Dental Odyssey
Jan 5, 2015 | Posted by mrzezo in General Dentistry | Comments Off on 8. Teeth of Rock-Climbing Gobies: The Most Remarkable Dentitions in the Animal Kingdom?
Premium Wordpress Themes by UFO Themes
WordPress theme by UFO themes