6. Snakes, Saliva and a Nobel Prize

Snakes, Saliva and a Nobel Prize

Scientists work in virtual anonymity. The results of their research are presented at conferences whose attendees may number from just a handful to upwards of a thousand or more delegates. The respect and admiration of their peers are generally sufficient to motivate them. Recognition comes with the prestige of being the first to make a major discovery. There is little glory in being second! The only scientists known to the general public are the handful that appear on television or who write a best-selling book on popular topics such as astronomy, evolution or genes. However, every year one or two scientists are plucked from the obscurity of academia and brought to the attention of the general public. That moment comes when they are awarded a Nobel Prize. From then on they attain superstar status, and their lives are changed forever.

The award is named after Alfred Nobel, a Swedish scientist whose fortune resulted from his discovery of dynamite, which he adapted for use in controlled explosions. Although expecting dynamite to be used for peaceful engineering projects, he was deeply disturbed to find it being used in war. To compensate for his feeling of guilt, Nobel decreed that his fortune be used to establish annual prizes recognising major achievements that benefited mankind. The five original categories of Nobel prizes, first awarded in 1901, were in the fields of Medicine or Physiology (awarded by the Karolinska Institute), Physics and Chemistry (both awarded by the Royal Swedish Academy of Sciences), Literature (awarded by the Swedish Academy) and Peace (awarded by the Norwegian Parliament). A sixth Nobel Prize in Economics was created in 1969 (awarded by Sveriges Riksbank, Sweden’s central bank).

The Nobel Prize is considered the most prestigious in the world. To reflect this, the winners receive a diploma and gold medal from the ruling monarch of Sweden in an impressive ceremony in Stockholm, together with a cash award whose present day value is in the region of £750,000 ($1,200,000). The prize is often awarded many years after the initial discovery to ensure that its importance has been validated. For example, a discovery as immediately significant as the double helix of DNA in 1953 was not recognised for a Nobel Prize until 1962, the recipients being Drs F.H.C. Crick, J.D. Watson and M.H.F. Wilkins. Unusually, the 1923 award for insulin to Drs F.G. Banting and J. Macleod was made only 1 year after its discovery.

As the Nobel Prize is not awarded posthumously, it behoves potential recipients to be prepared to live a long life, as in the case of Dr P. Rous. He was awarded the 1966 Nobel Prize for Medicine at the age of 87 for a discovery he made in 1910, nearly 60 years earlier, concerning the involvement of viruses in the transmission of certain types of cancer. Conversely, Dr Rosalind E. Franklin, who made a major contribution towards the discovery of the structure of DNA, died in 1957 at the age of 37, 4 years before the Nobel Prize was awarded.

At the Nobel Prize ceremony, each recipient gives a public lecture in which they describe the work that led to their award and refer to scientific papers that demonstrated their important findings. For one Nobel Prize (in Medicine), teeth played a small but important part in the discovery, and it is the story of this prize that is recounted here. This discovery revolutionised our understanding of how cells function. Prior to this, little was known about how cell growth and development were controlled or why, for example, some cells give rise to bone while others give rise to nerves or muscles. It was known that endocrine hormones, such as growth hormone from the pituitary gland and thyroxine from the thyroid gland, are released into the blood stream and travel around the body to affect cell behaviour at more distant sites: local control mechanisms were barely understood. This Nobel Prize involved the work of three main people, although only two were to share it.

The first person is Dr Rita Levi-Montalcini, born in Italy in 1909 (Figure 6.1). Throughout her life, she has displayed enormous courage and a dogged determination to fulfil her destiny. Although a little late in choosing medicine as a career, she put in the extra study that allowed her to qualify at the University of Turin in 1936. Remarkably, among the small cohort of students with her at the time, two others were also destined to become future Nobel Prize winners in Medicine, namely Drs S.E. Luria (1969) and R. Dubecco (1975). 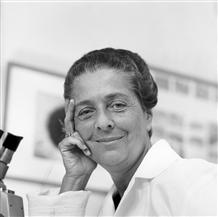 As part of her studies, Levi-Montalcini began a research project into the development of the nervous system in chick embryos. Unfortunately, this work was soon curtailed by the fascist government of Benito Mussolini, who decreed that, being Jewish, Levi-Monta/>

Tags: Nothing but the Tooth A Dental Odyssey
Jan 5, 2015 | Posted by mrzezo in General Dentistry | Comments Off on 6. Snakes, Saliva and a Nobel Prize
Premium Wordpress Themes by UFO Themes
WordPress theme by UFO themes