Effect of Diabetes on Implant Morbidity

Considerations for the Treatment of Patients with Diabetes

Treating patients in a long-term care facility for disabled and chronically ill patients presents many challenges to the restoring dentist. Because of multiple medical and physical conditions, hospitalized patients pose many additional risks and complications and may have interferences in the healing process. Patients cannot be treated in a conventional manner because they may have debilitating conditions, such as spinal and neurological deficiencies or be ventilator dependant. Scheduled appointments may have to be configured around a patient’s medication regimens, such as anticoagulant therapy or chemotherapy. These hurdles have been remarkably overcome by the staff dental attendings and dental residents at our dental clinic facilities. In order to insure safety, pertinent blood tests are redone on the patient within 1 week of the scheduled surgery. 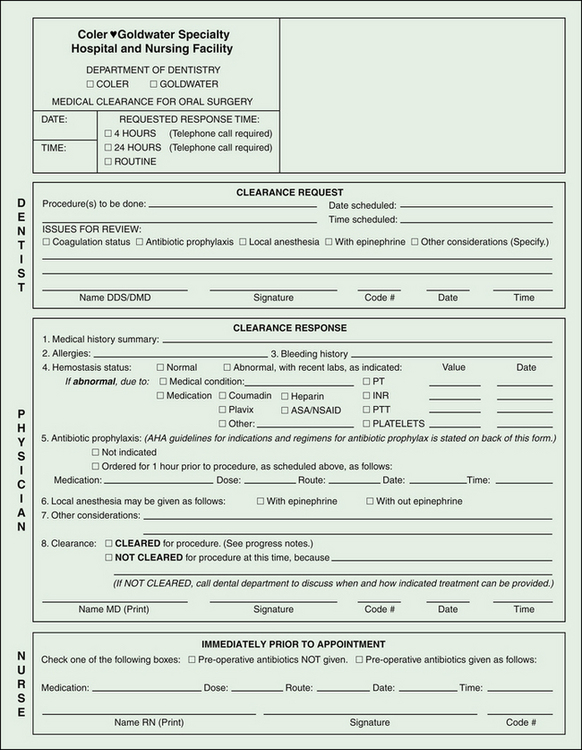 Goldwater Hospital opened in 1939 as a long term care and rehabilitation hospital on Welfare Island, now renamed Roosevelt Island (Judith Berdy, Roosevelt Island Historian, personal communication). It is a municipal hospital operated by the New York City Health and Hospital Corporation serving all who need these special services. Goldwater Hospital merged with its sister hospital, Coler Memorial Hospital in 1996, forming the Coler-Goldwater Specialty Hospital and Nursing Facility, and has a total of 2000 beds between the two nearby campuses. The population of the hospital is divided between hospital beds and nursing home beds. A majority of the patient residents are long term and the hospital serves as their permanent home. The hospital has an extensive rehabilitation program for patients with traumatic injury and has the largest ventilator-dependent and ventilator-weaning unit in the country. Because it is both a nursing home and hospital, Coler-Goldwater offers many long-term services that an acute care facility would not.

The many medical complications one may encounter have been dealt with in an article by English and Bohle.15 However, because a number of our dental patients have diabetes, we shall expand on this condition.

Diabetes has long been thought to be a contraindication to implant placement. According to the Center for Disease Control’s 2007 National Diabetes Fact Sheet,10 approximately 23.6 million people in the United States will be diagnosed in their lifetime with diabetes, either type I or type II; 10.7% of adults age 20 years and older have diabetes, and the prevalence of diabetes in adults 60 years and older is 23.1%. Each year 1.6 million new cases of diabetes are diagnosed in adults 20 years or older. The distribution is almost equal between sexes; it appears in 11.2% of men (12 million people) and 10.2% of women (11.5 million people).

Patients at Coler-Goldwater Memorial Specialty Hospital and Nursing Facility are medically complex, often presenting with a medical diagnoses. The institution is a long-term care facility and some of the patients are transferred from local acute care hospitals. They may not have the financial resources to seek treatment or rehabilitation in a private setting. As such, some of the patients come to the hospital as either controlled or previously chronically uncontrolled diabetics.

The deleterious effects of diabetes on the body are numerous and well known. They include retinopathy, neuropathy, nephropathy, microvascular and macrovascular changes, polyuria, and polydipsia. Of interest to the dental clinician is the high incidence of periodontal disease found in those with diabetes.36,38 This comorbidity may be a strong contributing factor to the edentulous nature of many patients.

There are more than 200 edentulous patients at Coler-Goldwater or 10% of the general hospital population. Our residents fabricate approximately 120 complete dentures a year. Some patients had a comorbidity of diabetes. The overwhelming majority of them were type II and taking supplemental insulin.

The use and reliability of mini dental implants (MDI) have been shown to have a similar success rate to other implant systems. Bulard et al8 and Shatkin et al52 observed that for 3000 MDIs placed in the last 15 years, the survival rate was more than 92%. There are numerous advantages in using MDIs instead of standard implants for patients at the hospital. Box 6-1 lists the advantages of using MDIs.

BOX 6-1 Advantages of Using MDIs in a Hospital Setting

• Use of local anesthetic infiltration instead of bilateral mandibular blocks

• Implants can be loaded immediately

• MDIs, with their low ball-top profile, decrease the risk for lateral overloading forces

One of the benefits of using MDIs is the ability to increase the stability of dentures. This can present numerous advantages to patients with diabetes, including increased satisfaction and enhanced ability to masticate previously difficult-to-chew foods.

Effect of Diabetes on Implant Morbidity

The chronic effects of high glucose and subsequent accumulated glycosylation end products from diabetes result in reactions that can affect the success rate of implant stability and retention. These negative effects include a reduction in the quantity and quality of collagen, laminin, and osteocalcin.30 Additionally, bone healing and remodeling is impaired in the presence of diabetes mellitus, most likely due to a decrease in insulin and insulin-like growth factor-I (IGF-I) levels and increased levels of advanced glycosylation end products such as HbA1c and proinflammatory cytokines. The result is decreased bone density and increased turnover rate and bone loss. However, diabetes has not been proven to be an absolute contraindication for implant success and osseointegration; Morris et al42 found 93% success in patients without diabetes and 92% in patients with type II diabetes in a 3-year time period.

Note that the animal models used in these studies were designed to mimic uncontrolled type I diabetes in that pancreatic beta cells were chemically destroyed. When similar models were given insulin, an increase in trabecular bone volume and a sustained bone-to-implant contact were observed.40,53,55 Similar findings were reported in a study by Goodman and Hori22 in which bone formation was decreased in rats with diabetes. When these animals were given insulin, bone growth rates were similar to control animals. Fiorellini et al18 observed that supplemental insulin did increase bone volume around implants, although bone-to-implant contact was not improved.

To date, few animal studies have examined the effect of implant osseointegration in type II diabetes. Using Otsuka Long-Evans Tokushima Fatty rats, a modified type II diabetes animal model, Hasegawa et al26 observed that early bone volume around implants were lower in tibial cortical bone yet roughly the same in marrow areas against control rats. Casap et al9 reported similar findings, although no differences in implant osseointegration for diabetes and control models were observed. The rats with diabetes in both studies were not given supplemental insulin. Additionally, lower bone-to-implant contact was seen in rats with diabetes than that of the control group in both studies. It was further seen that there were chondrocyte-like cells within the bone, although hematopoietic and adipose cells had also been observed.47 Hasegawa et al26 note, however, that such a result would not occur in human subjects because the mandible does not have chondrogenic capability, only osteogenic capability.

Healing appears to be most critical in the first month after surgery because impaired bone maturation has been observed in animals with diabetes. Studies demonstrate a disorganization of trabecular woven bone at the implant-bone interface in those with diabetes within this time frame.5,9 Chondrocyte-like cells instead of osteocytes were also observed at the implant-bone interface in animal models with uncontrolled diabetes.53

Additionally, the accumulation of advanced glycosylation end products from chronically elevated glucose levels and affiliated receptors on large size proteins, lipoproteins, and lipids have been implicated in a number of factors that contribute to unsuccessful implant therapy and periodontal disease.37,36 Advanced glycosylation end products have been shown to inhibit osteoblast function,51 reduce wound healing,27 and reduce osseointegration of implants to bone.45

Considerations for the Treatment of Patients with Diabetes

Box 6-2 contains a list of considerations when treating a patient with diabetes.

1. May want patients with type I and type II to supplement with insulin, even if type II is controlled by diet and/or controlled by oral hypoglycemics

2. May want to increase course of antibiotics

3. Patients with type I diabetes:

4. May not want to give NSAIDS to patients with diabetes postoperatively due to antiproliferative effects that can delay healing

7. Patients with diabetes may be more prone to periimplantitis than those without diabetes

Patients with type 2 diabetes may also need a longer course of antibiotics (7 to 10 days versus 3 days for patients without diabetes), although no effect was seen between antibiotic usage and early implant failures.2,50

Additionally, a clinician may wish to review the patient’s glycated hemoglobin (HbA1c) levels, which is an indicator of glycemic control. Normal levels are < 6.0%. In uncontrolled diabetes it is defined as > 10%. However, there has been some debate over the appropriate blood markers used to determine glycemia and coordinate the suitable course and timing of treatment. HbA1c levels measure glycemia from the preceding 2 to 3 months, whereas plasma glucose levels measure moment-to-moment glucose levels.30 Dowell et al14 did not find significance between HbA1c levels and implant success in type II />