Table 44.1 A simplified version of the Kernahan and Stark classification of cleft lip and palate. 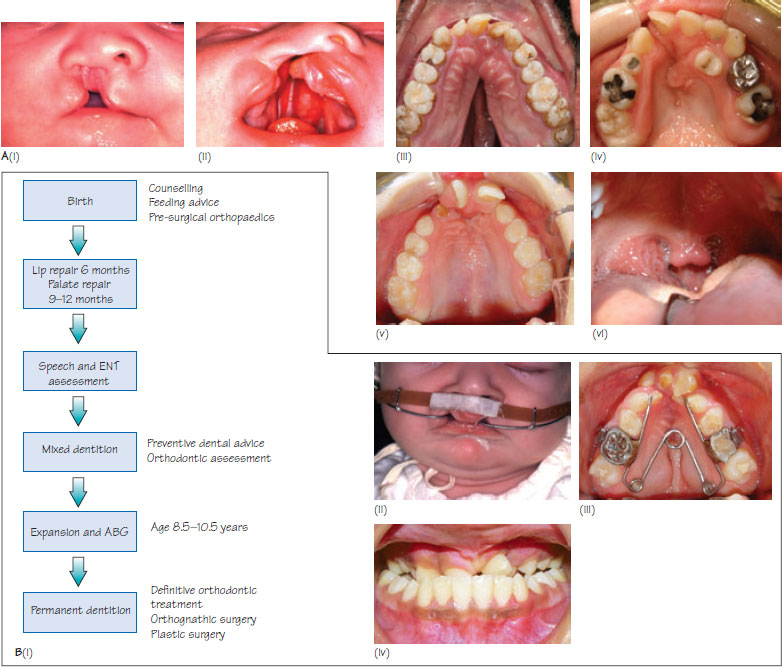 Cleft lip and palate (CLP) is the most common congenital craniofacial deformity. Its incidence varies according to the ethnic group studied: American Indians (1/300 live births) > Japanese (1/400) > Chinese (1/500) > Caucasians (1/600) > black people (1/2500). Cleft lip (CL) ± cleft palate (CL(P)), forms a separate entity from isolated clefts of the secondary palate (CP), with a difference in incidence, gender bias and genetic contribution. CL(P) is approximately twice as common in males as females, whereas, isolated CP is twice as common in females.

CLP may be isolated or as part of a syndrome. The aetiology of isolated CLP is multifactorial with both genetic and environmental influences. There is a fami/>

Tags: Orthodontics at a Glance
Jan 1, 2015 | Posted by mrzezo in Orthodontics | Comments Off on 44 Cleft lip and palate
Premium Wordpress Themes by UFO Themes
WordPress theme by UFO themes