Figure 36.1 (A) The centre of resistance (red circle) of a single-rooted tooth shown in the (i) buccolingual, (ii) mesiodistal and (iii) occlusal plane. (iv) The centre of resistance of a molar is located in the furcation region. (B) The resultant force can be broken down into its various components. Here the resultant force has both a horizontal and vertical component that will influence the direction of tooth movement. (C) The size of a moment is equal to the magnitude of the force (F) multiplied by the distance from the tooths centre of resistance (d) from which it acts. (D) Forces applied at a distance from the centre of resistance result in rotation of the tooth. This should be considered in all planes of space: (i) buccolingual, (ii) mesiodistal and (iii) occlusal. (E) An archwire in a bracket slot can be used to apply a couple in the: (i) mesiodistal, (ii) buccopalatal, and (iii) occlusal planes. (iv) The couple created between the bracket slot and archwire can be used to control the tipping caused by the moment of the force (F). In this way, bodily tooth movement can be achieved. 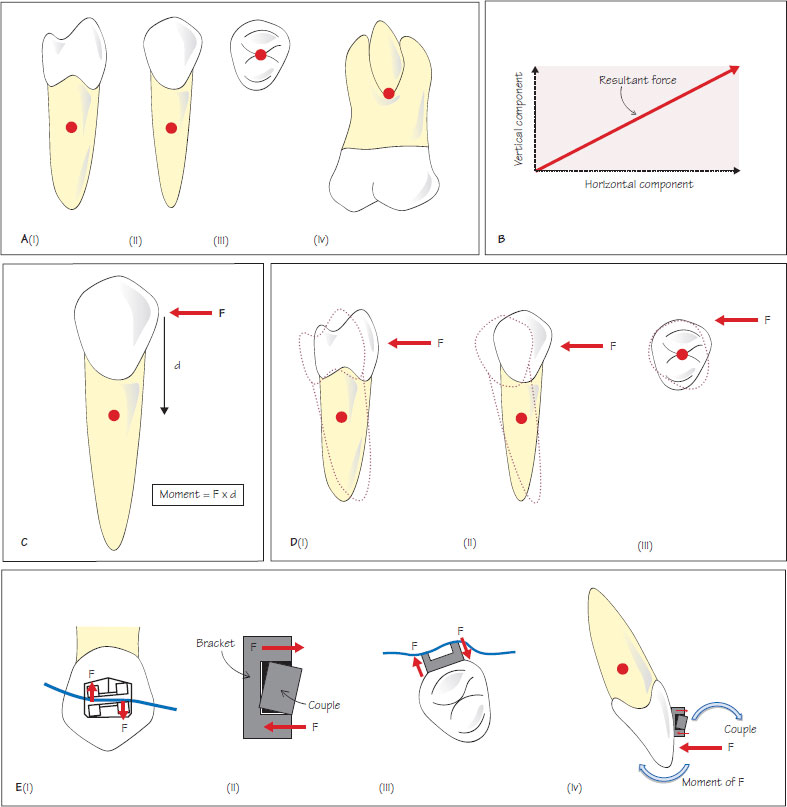 Single teeth, groups of teeth and the facial bones have a centre of resistance. This is the point in a body at which resistance to movement is concentrated. I/>

Tags: Orthodontics at a Glance
Jan 1, 2015 | Posted by mrzezo in Orthodontics | Comments Off on 36 Biomechanics of tooth movement
Premium Wordpress Themes by UFO Themes
WordPress theme by UFO themes