Table 34.1 A comparison of the different types of supernumerary teeth. 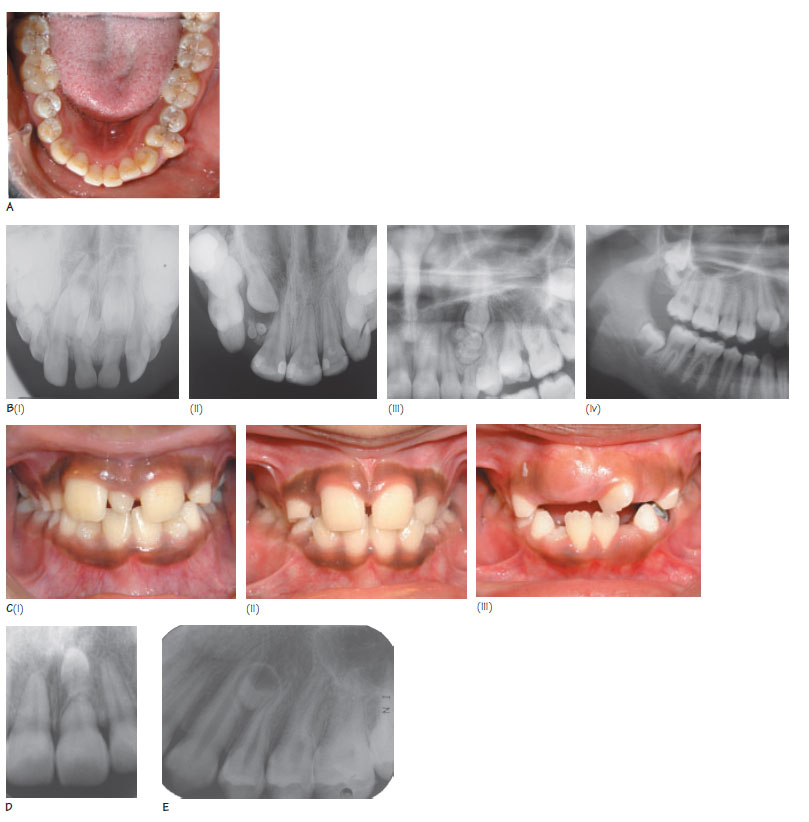 Supernumerary teeth are defined as teeth in excess of the normal series. Males are twice as commonly affected than females with the following reported prevalences:

Both genetic and environmental factors are probably involved in the development of supernumerary teeth. Developmentally, these teeth are thought to form due to hyperactivity of the dental lamina. Genetic factors may explain why supernumerary teeth can run in families, why males are more commonly affected than females and why supernumeraries can be associated with certain medical conditions.

Supernumerary teeth can be classified into four groups based on their morphology:

Table 34.1 compares these four groups. Conical supernumeraries are the most common, often occur in the premaxilla and are termed mesiodens when they occur in the midline. />