The blend of art and science that is dentistry can make us forget that the business of dentistry is a “people business” and that we should adopt a patient-centred approach in all that we do. Patient-centred care is about relationship management. The relationship between dentist and patient should be one built on trust. “Technique and technology are important”, says Tom Peters, “but adding trust is the issue of the decade.”

In the July 2000 NHS Plan, a patient-centred service was amongst the leading pledges of the government. A briefing paper from the King’s Fund noted that:

“Patient-centred care demands that health professional do not simply diagnose and treat illness as a technical exercise in problem solving but that they work in partnership with patients and carers – listening to their concerns, responding to their anxieties, acknowledging their values and respecting multiple demands on their lives. It means that each consultation between a health professional and a patient is an exercise in partnership, with equal power rather than one dominating the other.”

The sentiment would apply equally when seen from a business perspective.

Relationship management is all about communication and delivering and exceeding the patient’s expectations. We know that effective communication skills are amongst the most valued skills from a patient’s perspective and there have been studies undertaken to try to identify what elements of the interpersonal relationship most matter to patients. The identified factors were:

The 2 June 2002 Business Section of the The Sunday Times carried an article by Maria Yapp about high flyers in business. She quoted from the work of leading business psychologists and concluded that, in addition to core capabilities, “high flyers have emotional intelligence – superior ‘soft’ skills – which they use to form and manage relationships. They are skilled in negotiation and leadership, demonstrating enhanced ability in the way they motivate and deal with others”.

In the past there has been some assumptions in business that:

These assumptions do not accurately reflect what is known about relationship management in business today. The relationship between customer satisfaction and loyalty (retention) is not a linear one. It reflects the skewed relationship that is Pareto’s principle (see Chapter 1). The level of satisfaction that produces an exponential rise in loyalty (increased loyalty) comes from the last 20% of the effort to deliver that satisfaction. This relationship is shown in Fig 3-1. 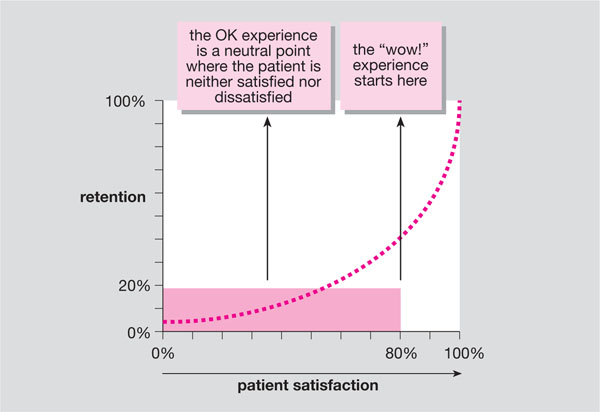 Fig 3-1 The relationship between patient satisfaction and retention.

The shaded area is the “zone of defection” where the patient could easily seek care elsewhere. This zone gets narrower as the relationship between dentist and patient matures and goodwill is added to the emotional bank account. Satisfaction because a cumulative experience.

The challenge of delivering the “wow!” experience is that it gets harder each time you interact with the patient. Today’s “wow!” factor is tomorrow’s baseline expectation. For example, I recall a patient who was telephoned after the uneventful extraction of a lower third molar. The patient was delighted to receive the call and could not thank me enough. Two weeks later, after the extraction of the opposite molar, I failed to call the patient during the evening as I was attending a lecture. On his return to the practice the following week for a review appointment, the patient thanked me again for calling him the first time, but remarked that he was disappointed not to receive a call from me on the second occasion. Apparently he had planned to go out but thought he would stay in as he expected me to telephone. I had delivered the “wow!” experience on the first occasion but fallen short of the expectation on the second. From “wow!” to a veiled complaint in less than ten working days!

Many studies looking into patient satisfaction with dental care identify five generic themes. These are:

The results have been contradictory because of demographic variables, such as:

Gender Women express greater levels of satisfaction with dental care than men. One reason may be their greater exposure to the service, which in turn could have a moderating effect on their expectations.

Previous dental experiences Patients whose previous experience of their dentist has been positive report higher levels of satisfaction. They will forgive the occasional episode of poor performance, attributing this to “uncontrollable” or “sporadic” elements.

Regular v. irregular attendance Some studies have indicated no difference between the two groups but others have suggested that there is a positive correlation between frequency of attendance and satisfaction.