The structural and functional cells in the nervous system

A neuron’s cell body is called the perikaryon, or soma

Cell bodies are classified by their location:

Neurons have 2 types of processes that extend from the nerve cell body:

• Dendrite—process that carries nerve impulses toward the nerve cell body; neurons may have multiple dendrites

• Axon—process that carries nerve impulses away from the nerve cell body; neurons can have only 1 axon

• Unipolar—has only 1 process from the cell body (sensory neurons)

• Bipolar—has 2 processes from the cell body: 1 dendrite and 1 axon (sensory neurons; located only in the retina, olfactory epithelium, and the vestibular and cochlear ganglia)

• Multipolar—has 3 or more processes from the cell body: 2 or more dendrites and 1 axon (motor neurons and interneurons) 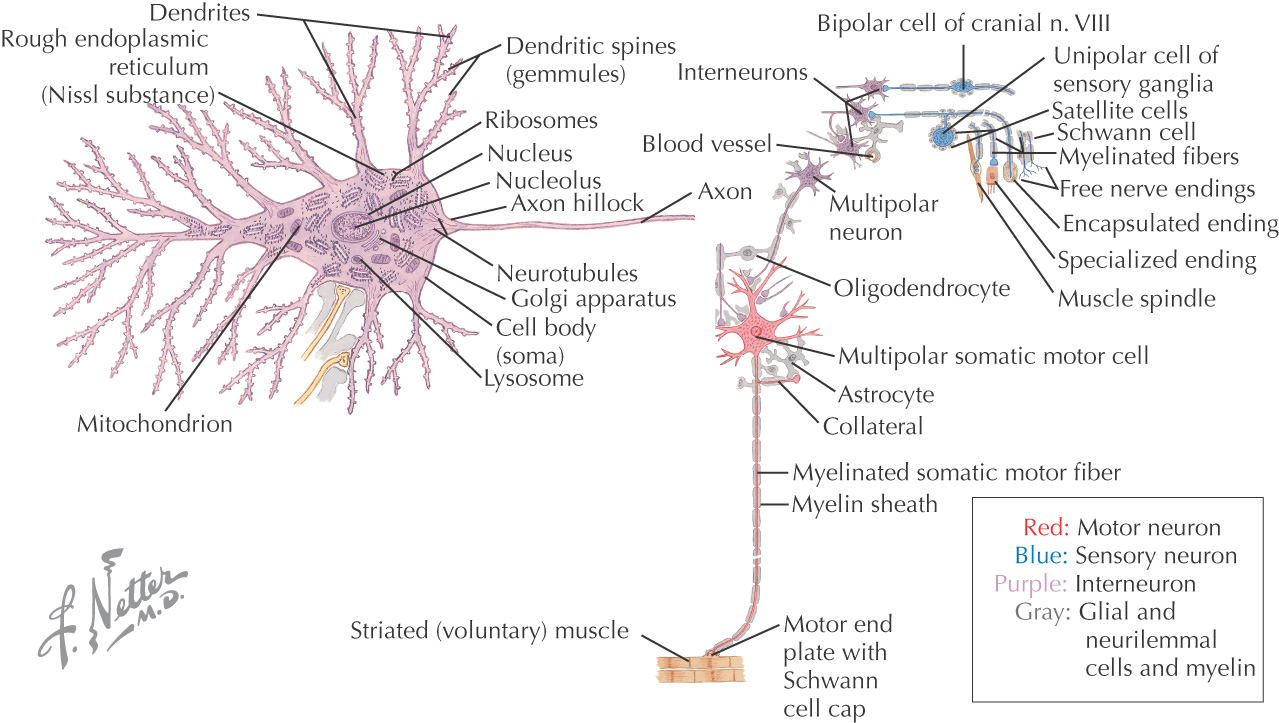 Neuroglia is the supporting nervous tissue for neurons, although neuroglial cells also have assistive roles in neuron function

Neuroglial cells have only 1 type of process

• Microglia—located in the central nervous system; responsible for phagocytosis to remove waste 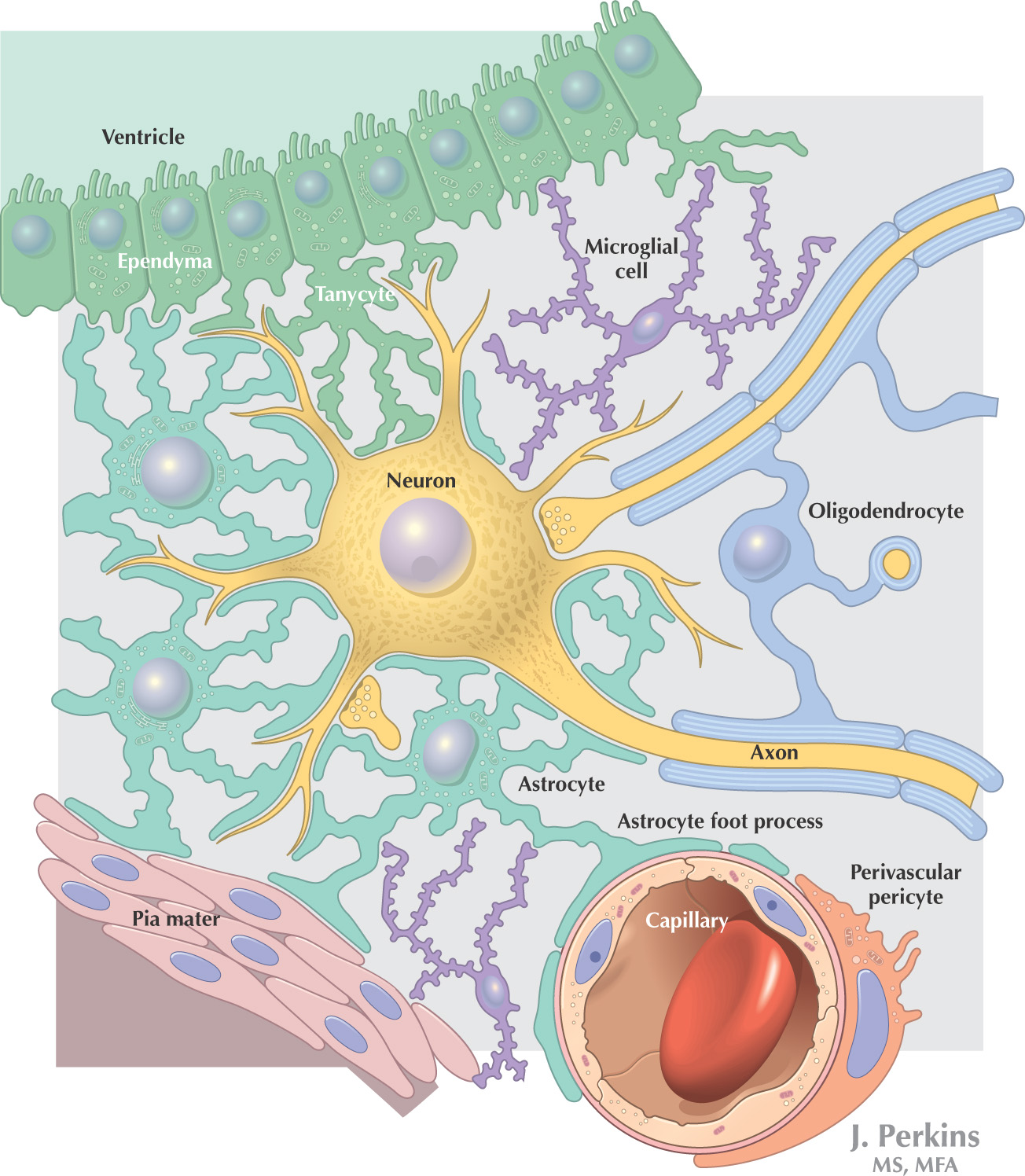 The central nervous system is composed of the: 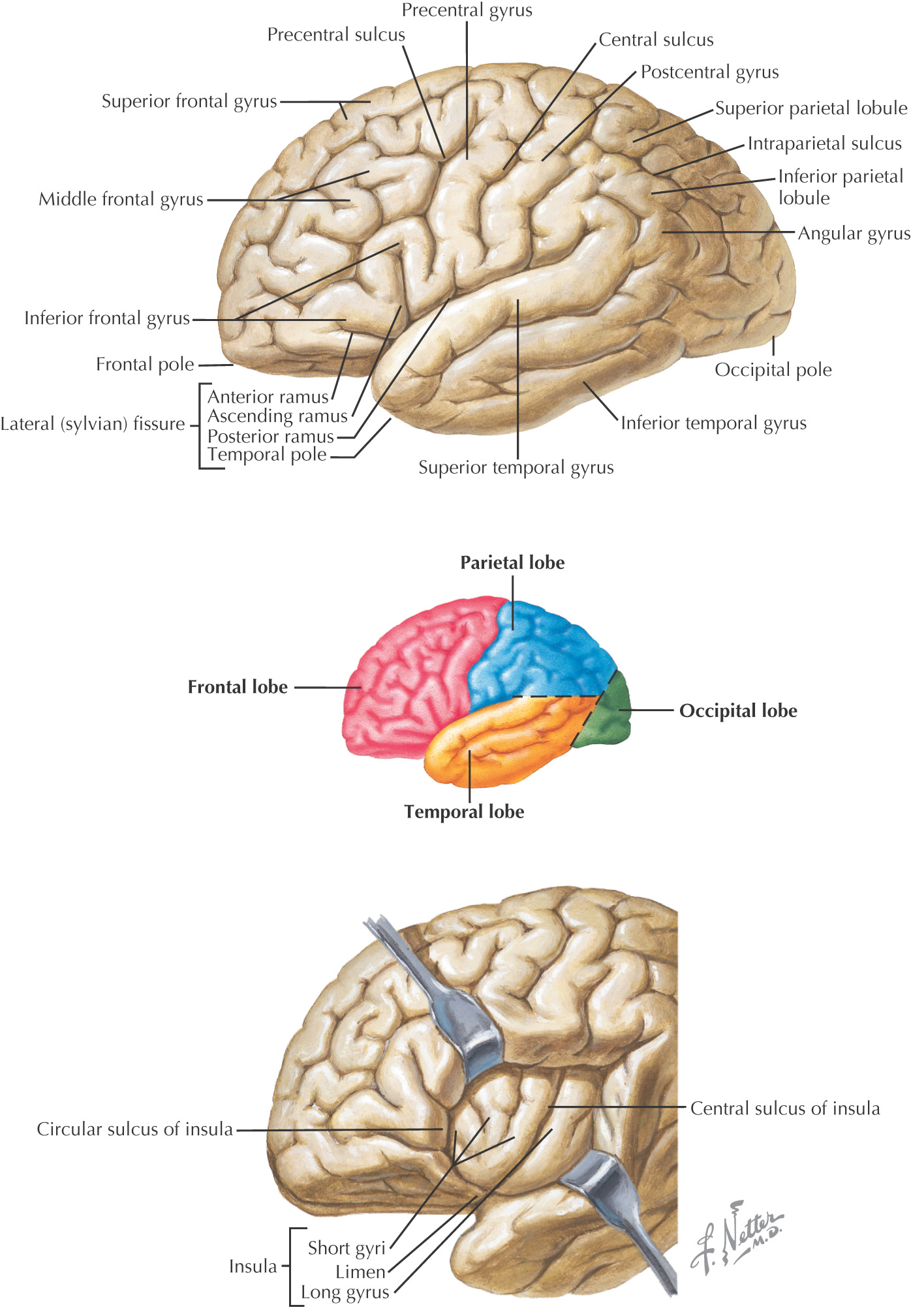 The surface of the cerebral cortex of the brain is divided by:

• Gyri (singular gyrus)—the elevations of brain tissue on the surface

• Sulci (singular sulcus)—the grooves or fissures located between the gyri

There are 3 large sulci that help divide the cerebral hemispheres into 4 of its lobes:

• Parieto-occipital sulcus—divides the parietal lobe from the occipital lobe

The brain is divided into 5 lobes:

• Insula—associated with visceral functions including taste

• Subthalamus—an extrapyramidal nucleus of the motor system; if lesioned, will result in a contralateral hemiballismus

Part of the motor system