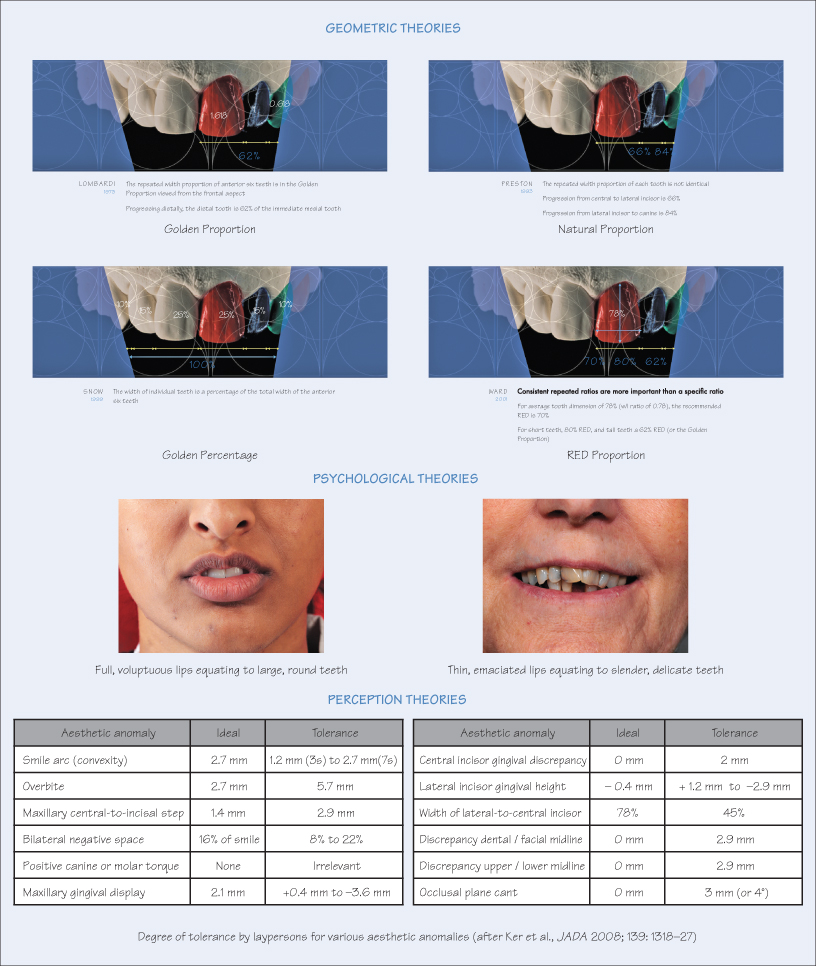 The search for a magic formula to quantify beauty has preoccupied artists, scientist and philosophers for over 5000 years. Yet, to date, there is no formula, law or dictum available that can decisively define the essence of beauty. Many hypotheses, opinions and ideas abound, which can broadly be categorised as geometric, psychological and perceptual theories.

One of the earliest attempts to analyse beauty was by the ancient Egyptians around 3000 BC. The mathematicians of the time realised the importance of proportion for creating aesthetically pleasing objects. The idea of the Egyptian triangle was extensively used in arts and crafts, and as an architectural template for building the famous sphinxes and pyramids of Egypt.

The first person to postulate a mathematical formula for analysing beauty was Pythagorus in 530 BC with the concept of the golden number, Φ (1.618), and its reciprocal (1/1.618 = 0.618), the golden proportion (GP). The significance of the GP is its prevalence in inanimate objects and animate beings. Items perceived as beautiful can be shown to have proportions that are in the GP. Plato, Aristotle, Euclid and others have emphasised the relevance of proportion in aesthetic appraisal.

The concept of proportion and form has been the basis for many geometric theories in aesthetic dentistry. Below are some of the authors who have proposed mathematical guidelines for aesthetics of the maxillary anterior sextant: