Correct tooth restoration means reproducing the original shape of the tooth, taking into account the functional aspect of dental morphology and its occlusal relationships.

In restorative dentistry, occlusion is of great importance in order to restore the compromised tooth.

When examining occlusal problems, one must deal with two aspects: anatomic ones and functional ones (Figure 16-1). 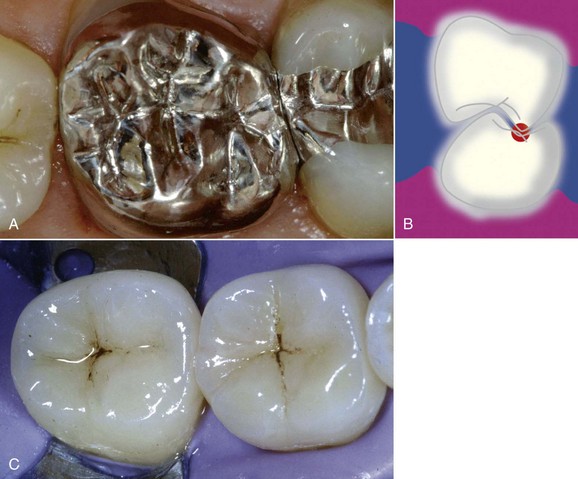 The anatomic aspect involves knowledge of both all the anatomic structures that participate in chewing, such as muscles, bone structures, and teeth, and restoration of the damaged tooth with respect to the occlusal morphology.

The clinician must have a profound knowledge of dental anatomy, which is indispensable in order to perform correct restorations, yet this aspect is often neglected.

The functional aspect concerns the interactions among all the elements involved in the masticatory function. It is essential to distinguish functions from parafunctions in order to decide if occlusal modifications should be implemented or to opt instead to maintain the new status. During clinical restorative procedures in general, and in particular those pertaining to restorative dentistry, mistakes can be made if the basic concepts of occlusion are not observed.

A minimal rise of the bite caused by a simple Class I restoration in the molar region may result in a threefold increase in bite in the incisal area.

When the occlusal morphology is raised and incorrect, the occlusal interference must be removed. Therefore the restoration—either direct or indirect, and made of ceramic or composite resin—must be adjusted.

This procedure involves the risk of altering and thus invalidating previous work. Tooth morphology deteriorates, because the manual technique makes it possible to achieve a more faithful tooth anatomy than what can be obtained by shaping the restoration with a bur. Moreover, there is the risk of exposing the characterization areas and the dentin layer, which are usually below the enamel layer, and thus compromising the esthetic result.

This means that composite restorations or ceramic crowns lose the important layering obtained during placement of the material. Shade and value will change as a result, creating a different optical effect and yielding an unsatisfactory outcome.

In the age of amalgam and gold crowns, when esthetics were not as important as they are today, the problem obviously did not arise. The adjustment of a gold crown or metal restoration always yielded the same optical effect because every layer was made of the same material.

With current techniques, however, we must recall that adjustments not only remove material, but also modify the structure of the restoration radically. Good results are also achieved by exploiting space and thickness.

To get a better understanding of the relationships underlying dental occlusion, it is important to take a step back and review the anatomic structures that form the masticatory system. Indeed, dental positions and movements are influenced by the muscles, tendons, and bones that are involved.

On the anatomic level, the temporomandibular joint (TMJ) consists of the condyle, the glenoid cavity, the articular tubercle, and a biconcave meniscus.

The muscles that are inserted into the articular ends are divided into elevators and depressors, and they also permit the lateral excursion and protrusion and retrusion movements of the mandible.

The articulation of the teeth—that is, contact between teeth of the two opposing arches in a static position—takes place on the inner slopes of the cusps.

Muscles of the Masticatory System

Articular ends, muscles, and teeth are correlated with one another, and their various relationships are defined in different ways.

The maximum intercuspal position (MIP) defines the relationship between the mandible and the maxilla when the most teeth are in contact, regardless of the position of the condyle-meniscus complex. It is a static position, as the mandible cannot rotate further forward, and it can be reached in all conditions, even in cases of occlusal instability. It is a dental position that is independent of the position or alignment of the condyles.

Centric relation (CR) can be defined as the relationship between the mandible and the maxilla when the properly aligned condyle-meniscus complex is in the highest position against the articular eminence.

It is the highest physiologic position of the condyles and is independent of the dental position or vertical dimension. It is an acceptable position for the prosthetic treatment of complex cases in which, for example, the occlusal landmarks have been lost. In this position the condyles rotate around a fixed axis.

This is not a restrictive position but a permissive one. The condyle must be able to reach this position without interference.

In the literature these two definitions (CR and MIP) are often confused, because the term centric occlusion actually coincides with the MIP and not with the CR, as one might think.

MIP and CR will coincide only in rare cases in which the patient has the “ideal” occlusion. In this case, when the most teeth are in contact, the condyle is in the centric position.

The long centric position is often observed in nature. According to the definition given by Dawson, this position comes from the ability to close the mouth in CR or a slightly anterior position without changing the vertical dimension in the front teeth area.

It is the difference between closure of the mandible in CR (terminal hinge closure) and a lighter, less forced closure (light closure).

This phenomenon is a result of the fact that adaptation of the condyle on the meniscus may have a small allowance in the anteroposterior direction, and it can also be caused by previous selective grinding procedures. On a clinical level it can be observed during examination of the occlusion—for example after a Class III restoration of an incisor.

If the patient is asked to evaluate the height of the filling while still lying in the chair—and is thus horizontal—the contacts feel correct, but once the patient is back in the sitting position he or she might feel an early contact because the position of the condyle in the articular fossa can change slightly owing to forward sliding of the condyle. The longer the centric occlusion, the more pronounced the phenomenon, which happens when there is no real point of contact during centric occlusion at the incisal level but, rather, a surface.

When these patients close the mouth, the lower incisors might not find a single point of contact, but an edge or a step on which their incisal margin can slide in the anteroposterior direction.

In this case, the wear surface becomes the CR stop point (Figure 16-4). 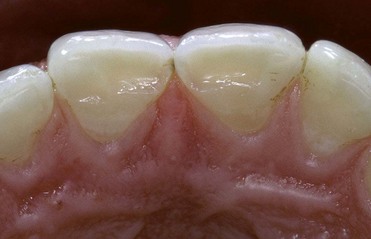 Figure 16-4 Long centric position. The patient reports correct contact while lying in the chair, but the tooth has a premature contact when the patient is in the sitting position. (From Dawson PE: Evaluation, diagnosis and treatment of occlusal problems, St Louis, 1989, Mosby.)

Careful examination of the patient’s occlusion before performing a restoration or luting of an inlay—regardless the type of direct or indirect restorative treatment—is crucial.

For example, in the case of direct restorative treatment in a patient with a long centric occlusion, the palatal concavity of the upper incisors must be shaped so as to respect or reproduce the step produced by the anatomic condition.

The indirect restorative treatment of a severely destroyed tooth calls for rechecking of both the occlusion and all mandibular movements at the end of the restoration in order to ensure that no interference was created. It is a good idea to do this in any case, regardless of the presence of a long centric occlusion.

This movement is affected by canine guidance, meaning that the palatal surface of the upper canines is what actually guides movement, as we will explain ahead.

To examine the lateral and protrusive excursions of the mandible on the horizontal plane, we can use a stylus, a pencil, and a registration plate—that is, a sheet on which the pencil can draw.

When the plate is placed on the lower arch—the only arch that is able to move—and the stylus on the upper arch, the pencil draws a path that corresponds to the contralateral side with respect to the movement. During protrusion the registration plate will be moved forward and the stylus, which is locked in place, will trace a line that goes backward.

The lines traced by performing both left and right lateral movements and the protrusive movement form what is called a “Gothic arch” (Figure 16-5, A). The starting point is the CR. Instead, if the stylus is placed on the lower arch, and the plate on the upper arch, this yields an inverted curve that forms a “gull-wing pattern” (Figure 16-5, B). 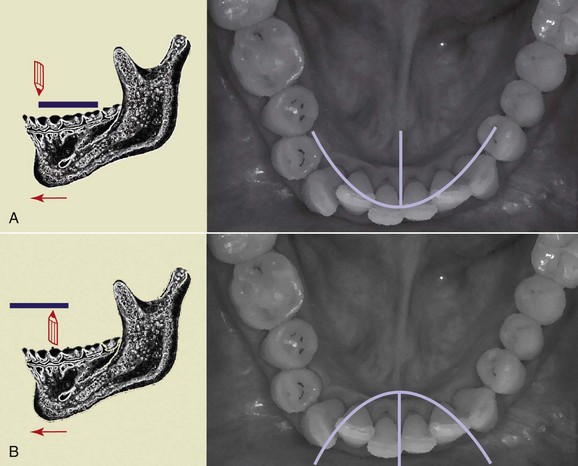 Figure 16-5 Mandibular excursions on the horizontal plane: A, Gothic arch, B, gull-wing pattern.

In the Gothic arch we can distinguish a functional area (Figure 16-6), which coincides with the movements performed most frequently by the patient during the day (such as eating or talking), and the total movement area (Figure 16-7), represented by the area covered by larger movements, which are conditioned and limited by bone structures, tendons, and muscles—hence the definition of border movements of the mandible. 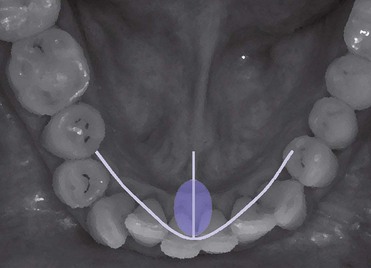 Figure 16-6 Functional area (purple) of the excursion on the horizontal plane. 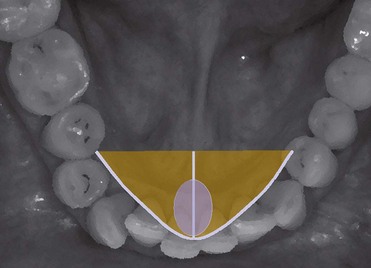 Figure 16-7 Total area (orange) of the excursion on the horizontal plane.

Protrusion, unlike lateral excursion, is not affected by the presence of bony structures and is thus not a border movement.

During lateral excursion, the condyle of the side to w/>