Given the anatomic and genetic differences between men and women, most people would intuitively believe in the differential predisposition and responses of the two genders to various sensory afflictions, including pain experiences. However, there is little consensus on whether these apparent differences are mainly due to sociocultural, psychologic, or biologic factors, or to dynamic interactions between these1 (Fig 13-1). This chapter will review these controversies and discuss some of the proposed hypotheses on gender differences in pain mechanisms. In the following, gender is defined as the genetic sex with which one identifies. 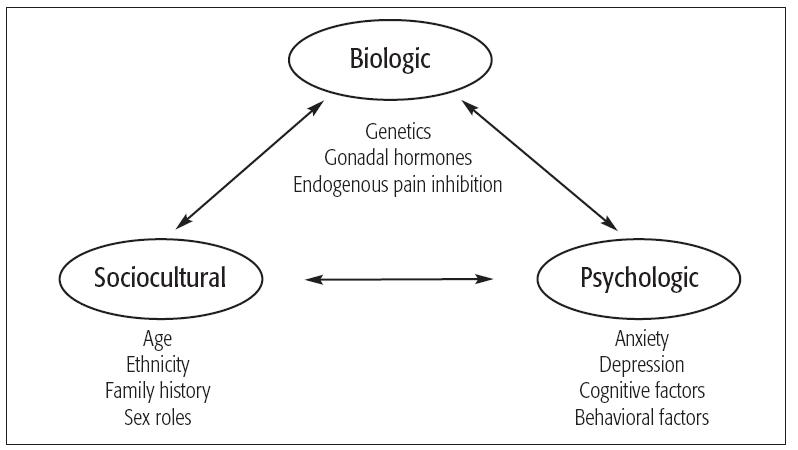 Fig 13-1 Numerous factors may explain the differences in pain perception between women and men. Reprinted with permission from Fillingim.1

Prevalence of clinical pain in women

A review of the literature indicates that women report more severe pain, more frequent pain, and pain of longer duration than do men.2,3 Several conditions in which chronic pain is a prominent component appear to be associated with a higher female prevalence, and the list of painful disorders that affect women is more than twice as long as that for men.4 Interestingly, many of the pain conditions that affect mostly women are still of unknown etiology (Table 13-1). Some involve the cardiovascular system (eg, migraine headaches without aura, Raynaud disease) or gastrointestinal system (eg, irritable bowel syndrome, chronic constipation), while a large number are expressed at the level of the head and neck. These include the various conditions that make up temporomandibular disorders (TMDs), various types of headaches (with the exception of cluster and posttraumatic headaches that have a male predilection), and many other pain disorders of unknown origin (see Table 13-1). From Table 13-1, it is interesting to see that only one disease at the head and neck level (periapical periodontitis and abscess) is caused by an identifiable local pathology. Most of the others would be classified as neurogenic or neuropathic pain. With the exception of back pain, which may be more strongly related to occupation than gender, women also report more musculoskeletal pain than do men. However, it is important to note that pain disorders do not always have a female predilection. The disorders with no gender predilection and those with higher male prevalence added together outnumber those associated with female predominance.4 Furthermore, the gender prevalence of some disorders appears to be dependent on age. For instance, osteoarthritis is more prevalent in women after age 60 but is predominant in men before they reach 60.