In recent years, a new generation of dental implants called overdenture implants have been introduced to the field of implantology. These mini implants have been designed specifically to support an implant overdenture. One of the pioneers of this concept is Dr. Victor Sendex, who conducted more than twenty years of study and documentation on Mini Dental Implants concept and design. Currently, there are several different types of these implants available on the market. The main design difference between these type of implants and traditional implants is that a part of the stud attachment, either male or female (depending on the manufacturer), has been combined with the implant body. In traditional restorative implants, the stud attachment should be screwed into the implant body as a separate component.

CLASSIFICATION OF OVERDENTURE IMPLANTS BASED ON ATTACHMENT DESIGN FEATURES

These types of implants make the implant overdenture treatment more cost effective and simpler. They are narrower than most narrow-diameter traditional implants, so they can be used in cases with a deficiency in the width of the bone, avoiding a horizontal bone augmentation procedure.

Providing Immediate Stabilization for an Overdenture

Although the FDA has never approved a dental implant under 3.0mm in diameter for permanent use, overdenture implants are often used as a less expensive and simpler alternative to traditional implants for stabilizing an overdenture over a longer period of time. This technique may give the patient time to deal with the financial realities of implant dentistry or it may be a less traumatic way for the patient to get used to the idea of dental implants. In this application, it is strongly recommended to utilize advanced surface characteristics such as acid-etched or resorbable blast texturing (RBT) to enhance the implant-bone interface, as well as to expedite the osseointegration process. Placement of these implants should be limited to the anterior mandible between the two mental foramens. In fact, the greatest need for affordable implant overdentures is from patients who are unhappy with their complete lower dentures.

After completion of the healing period for traditional implants, the overdenture implants should be unscrewed once they have served their transitional purpose. The small bony defect usually heals with no further treatment. With this treatment scenario, it is strongly recommended to use a machined surface characteristic instead of advanced surfaces such as acid-etched or RBT, because these surfaces enhance the implant-bone interface and cause implant removal to be more difficult compared to when a machined surface is used.

The surgical procedure for overdenture implants is often composed of only a few simple steps. Many general dentists who might not perform traditional implant surgery have found placement of overdenture implants a quick, simple, and predictable procedure. Obviously, it is critical to identify important anatomical landmarks, such as the mental foramen, the mandibular nerve canal, the inferior border of the mandible, the floor of the nasal cavity, and the maxillary sinuses during treatment planning and the surgical procedure.

The Maximus OS overdenture implant is a 3.0mm diameter implant made of titanium alloy. A 2.5mm ball attachment has been added to the implant body. This implant is available with two different gingival cuff heights of 2.0mm and 4.0mm, and three different lengths of 12.0mm, 15.0mm, and 18.0mm (Figures 13.1 and 13.2). 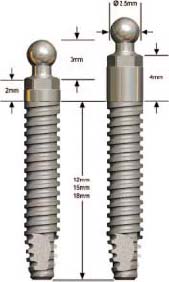 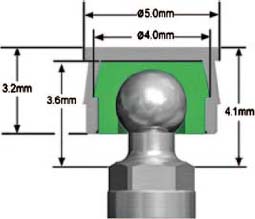 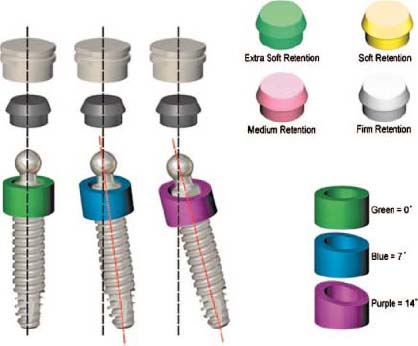 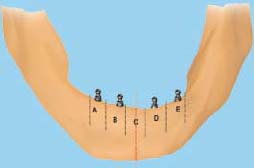 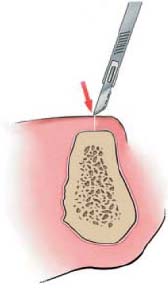 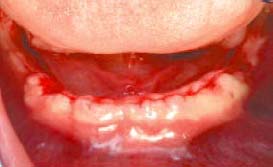 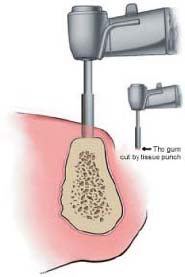 2: ALIGNING THE TRAJECTORY OF THE IMPLANT 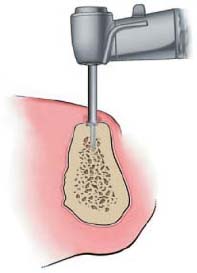 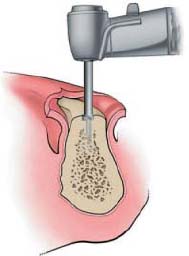 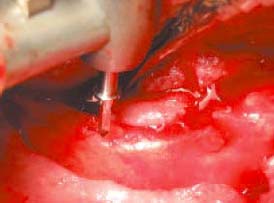 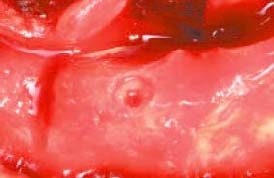 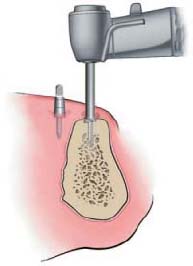 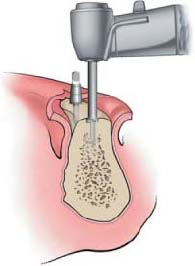 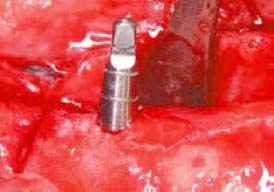 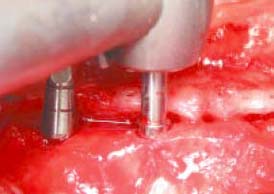 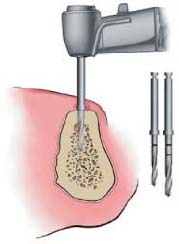 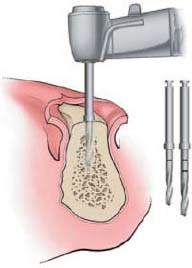 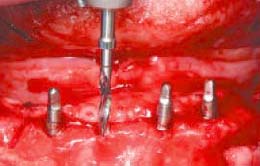 Note: Drilling must be performed with constant irrigation and with sterile saline at a maximum of 1,000rpm rate. A pumping motion should be employed to prevent overheating of the bone. If the drill cannot advance 2mm/second in the osteotomy, it has become dull and should be replaced.

3: WIDENING OF THE OSTEOTOMY

Use a 2.5mm finishing drill to widen the osteotomy at the previously established depth (Figures 13.20–13.22).

Note: The finishing drill doesn’t have a cutting end, so it will automatically stop at the depth determined by the depth of the drill in Step 2. It is not recommended to use the finishing drill in poor bone quality (D3), such as in maxillary overdenture cases, because it will increase the chance of over-widening the osteotomy and compromise the primary stability of the implants. Use of the bone tap is recommended if the implants are being placed in a very dense cortical bone (D1). Tap in a clockwise direction at a speed of 30rpm. Remove the tap by reversing the hand-piece’s movement at the same 30rpm (Figure 13.23–13.25). 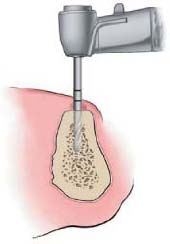 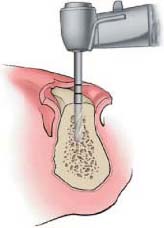