The use of lasers in dentistry today has evolved from its beginnings in 1960. In that year, Therodore H. Maiman (Figure 1.1) developed the first laser and called it Maser (Maiman 1960). Then he developed the first dental laser, the Ruby laser, which became the laser of choice for research and clinical applications. However, concerns soon arose whether the scattering of the Ruby’s laser beam damaged adjacent teeth. By the end of the 1960s, most researchers conceded that it was the high level of energy excessively emitted that was the biggest cause of severe thermal damage to the tooth (Taylor 1965).

Soon after Maiman’s Ruby laser, a Neodymium laser was produced by Snitzer and was known for its active medium, which helps it emit radiation. The Neodymium:yttrium-aluminum-garnet (ND:YAG) laser was produced, but it was not as popular as the Ruby laser. However, the use of the pulsed Ruby laser may have delayed the use and production lasers within dentistry as whole.

However in 1916, it was Albert Einstein (Figure 1.2) who postulated the theory of lasers (i.e., spontaneous and stimulated emission of radiation) in the Zur Quantum Theorie Der Stralung (Einstein 1916). He described it as a phenomenon wherein molecules, excited by a source of energy, ultimately create an organized pattern of energy that can be directed in a specific way (Goldman et al. 1964). Thus, based on this definition, LASER stands for light amplification stimulated emission of radiation. And it is an active medium that stimulates the radiation.

Active mediums are an element in the form of a mineral, gas, or liquid. For the laser to be stimulated, photons are produced according to Einstein’s theory, which describes how radiation is stimulated or spontaneously emits itself. Photons are defined as an elemental quantity or quantum of radiant energy. The active medium allows each type of atom only to absorb photons of certain wavelengths, and each medium produces specific wavelengths for each individual laser, which seeks different target tissues. Light of differing wavelengths interacts distinctly based on its wavelength. In addition, each laser has different absorption qualities depending on where the laser is on the electromagnetic spectrum, from 300 nm to 10.6 microns (Miserendino et al. 1987). The two most common lasers used in dentistry for periodontics are the ND:YAG and diode lasers, and they will be discussed in great detail in this book. 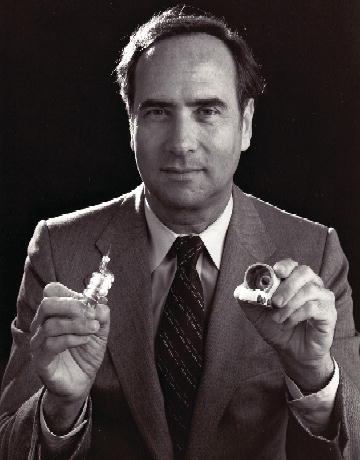 To get a basic understanding of lasers, a brief discussion of their evolution is warranted. The first generatio/>