1: Chemistry and Safety of Dental Bleaching

Chemistry and Safety of Dental Bleaching

The aims are to introduce the chemistry of bleaching, to describe how teeth become discoloured and to demonstrate the safety of bleaching techniques.

On reading this chapter the practitioner will be more familiar with the chemistry of bleaching discoloured teeth and be reassured as to the safety of dental bleaching.

Bleaching is a chemical process involving the oxidation of organic material which is broken down to produce less complex molecules. Most of these smaller molecules are lighter in colour than the original larger molecules. Figs 1-1 and 1-2 show teeth before and after bleaching. 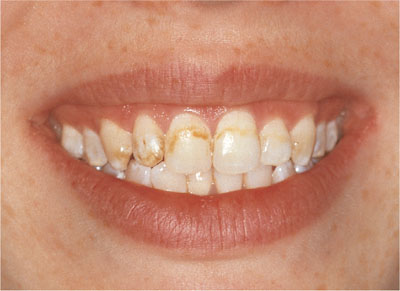 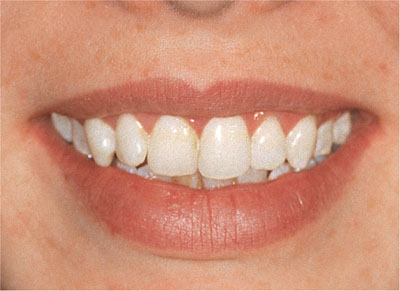 Hydrogen peroxide is an oxidising agent which produces free radicals HO2• and O• which are very reactive. The perhydroxyl ion HO2• is the stronger and more reactive of the two free radicals. For HO2• to be made readily available the bleaching material needs to be alkaline. The optimal pH for HO2• release is around pH 10.

The empirical formula for carbamide peroxide is CO(NH2)2H2O2. The structural formula is

The molecular weight of carbamide peroxide is 94.1.

The whitening effect is caused by the degradation of high molecular weight complex organic molecules that reflect a specific wavelength of light responsible for the colour of the stain. The degradation products have relatively low molecular weights and, as such, are relatively simple and with less colour reflectance. Bleaching results in a reduction or elimination of the discolouration. Both enamel and dentine change colour as a result of the passage of the peroxide through the tooth.

During dental bleaching hydrogen peroxide, which has a low molecular weight, readily penetrates through the interprismatic substance of the enamel to enter dentine and pulp. Because the free radicals have unpaired electrons they readily react with, and attack, most organic molecules. In the process, they generate other radicals. These radicals react with unsaturated bonds, resulting in the disruption of the electron configuration of those molecules. Hydrogen peroxide is capable of undergoing numerous reactions, including molecular additions, substitutions, oxidations and reductions. It is a strong oxidant and can form free radicals by homolytic cleavage.

The various chemical reactions produce a change in the absorption energy of large discoloured molecules within the enamel and dentine. The large molecules are broken down into smaller molecules, with the loss of the unsightly discolouration.

Complex molecules, in particular those forming metallic compounds, look dark whereas simpler molecules look lighter. By breaking down the larger molecules into smaller ones, most are dissipated. Those remaining tend not to have a darkening effect. The result of these various changes is a lighter-looking tooth. In the process of bleaching, highly pigmented carbon ring compounds within the tooth can be broken down and turned into relatively simple chain molecules. Many of these chains have consecutive conjugated double bonds which are further broken into single bonds. These are hydrophilic colourless or lightly pigmented structures.

Theoretically, if bleaching is carried on indefinitely, damage could occur to the enamel matrix. This, however, is largely a theoretical concept. Optimal bleaching involves lightening the teeth to an aesthetically pleasing shade, usually agreed with the patient, while preserving the hardness and strength of the enamel. 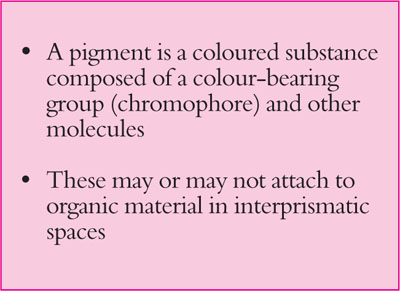 Fig 1-3 Definition of a pigment.

A dye is a pigment with reactive (hydroxyl or amine) groups which can attach to organic matter (Fig 1-4). Common dyes come from coffee, tea, curry, tomato sauces and red wine. Melanoidins are formed from the breakdown products of cooked vegetable oils. Metal compounds can interact with dyes to form larger compounds, which produce different colours of stain. Metal compounds containing iron and copper are often involved (see Figs 1-5 to 1-7). 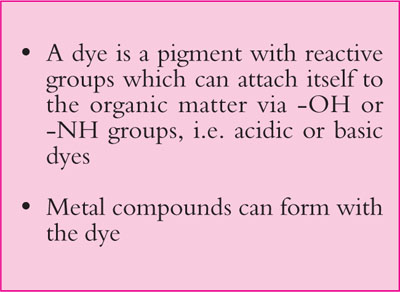 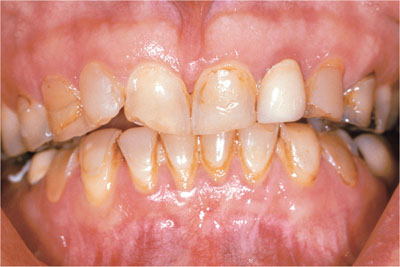 Fig 1-5 Gradual assembly of complex stains within the teeth. Note the contrast with the old crown at the upper left lateral incisor, which previously matched the teeth. 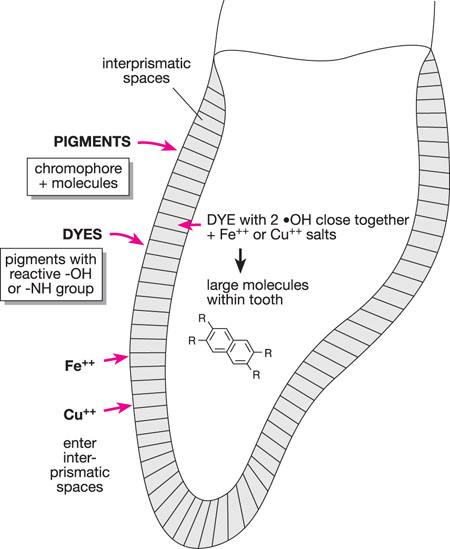 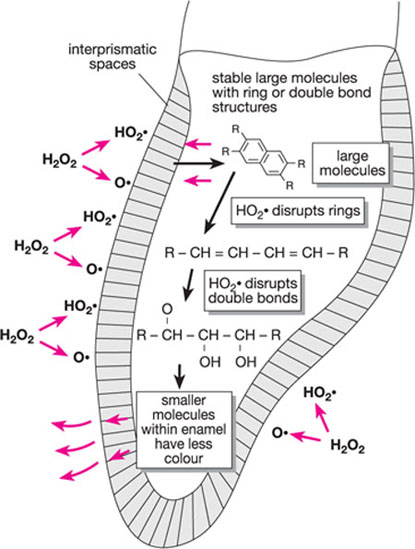 An increase in the size of a dye increases the affinity of the dye for the organic matter in the interprismatic space. Hydrogen peroxide breaks up large molecular stains into smaller molecules, most of which are expelled through the surface of the tooth. The perhydroxyl ions may attach to molecular stain as well as the protein matrix.

Bleaching produces oxidation which involves the breakdown of ring structures and consecutive, conjugated double bonds in complex molecules. This results in loss of colour caused by unwanted dark molecules in the non-cellular matrix. Hydrogen peroxide works by converting these large molecules into alcohols, ketones and terminal carboxylic acids. As these are smaller molecules which may be expelled from the tooth, the clinical effect is that the tooth is lightened (see Figs 1-8 and 1-9). 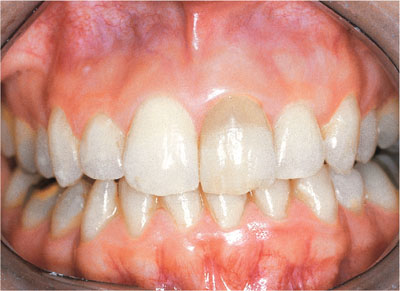 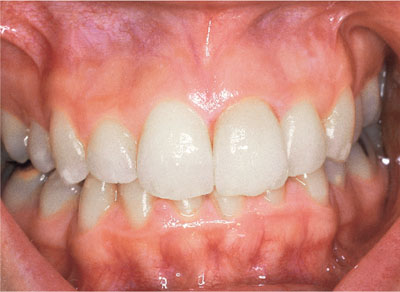 Carbamide peroxide is formed from hydrogen peroxide and urea. About one-third of carbamide pe/>