Etiology and Origin of Hardware Complications

4Etiology and Origin of Hardware Complications

Several options exist when retaining a superstructure with implants. Consequently, the number of interfaces involved in the load transfer differs as well. Removable prostheses function via various attachment systems such as spherical attachments, a bar system, or LOCATOR® abutments (Zest Anchors, LLC, Escondido, California, USA). A screw retained crown or FDP can be fixed with occlusal screws clamping the superstructure via abutments onto the implants. The abutment may also be constructed as part of the crown, and a direct fixation into/onto the implant via an abutment screw can be provided. Cemented crowns or FDPs are retained via abutments that are connected to the implants. Instead of cementing in the oral cavity, a superstructure can also be bonded to a base that is tightened into/onto an implant as a one-piece reconstruction.

Figures 1 a–f illustrate the various options for suprastructure retention and clearly reveals the potentially increasing susceptibility for hardware complications with the rising complexity of the construction.

The superstructures are either cemented or screw-retained. The screw-retained reconstructions may require separate abutments or may be manufactured in one piece. The newer option with a bonding base is shown as well (Fig 1c).

A static representation of an implant-supported reconstruction/abutment complex already leaves the clinician with the notion that the reliability of the processed materials and the maintenance of a tight interface over many years of function is challenging. This impression becomes even more striking when these complexes are visualized during function, i.e. simulated in a fatigue test.

The materials’ physical/mechanical properties have to withstand compressive, tensile, and torsional forces along axial and lateral vectors, with changing amplitudes and peaks (e.g. during trauma).

Every material chosen for implants, abutments, abutment screws, copings, occlusal screws, male/female components of attachment systems, frameworks, veneers, and denture teeth exhibits its own physical properties when exposed to forces; these include:

•Module of elasticity (resistance to tension)

By ISO-standardized testing, properties of the material such as its ultimate tensile or compressive strength can be assessed, compared, and modified.

In addition to the choice of material per se, the dimensions of the components should not exceed certain critical values in order to withstand forces. For example, the occlusal screw of a reduced-diameter implant/reconstruction complex needs to be optimized to survive long-term exposure to function. In addition to the linear dimensions, the shape of the object, such as the cross-section of a component, is also crucial. The height and width and the diameter of rectangular, elliptic, round, or hollow cylindrical cross-sections of reconstructions greatly affect deflection and stress under load. When designing components and dental laboratory work, general physical laws have to be respected to minimize hardware complications (Wiskott 2011).

Figures 1a–f allow a view into the “innards” of the reconstruction/abutment/implant complex that is usually invisible to the clinician. Next to the material properties, the most important survival factor is interface stability. At least eight interfaces are present:

The design of the mating interfaces will modify the clamping effect at these interfaces (flat vs. conical surfaces). Peak force concentrating at specific points should be avoided, as well as edges, ledges, and notches. The physical characteristics of the mating interfaces should be adapted, e.g. to obtain a predictable failure mode for an abutment screw. Wear due to differences in hardness and to interposed rough particles may weaken the clamping effect.

Another issue is the precision of the components; they must be of consistent quality and subject to stringent quality management. The accepted tolerance—e.g. with regard to rotation between the abutment and the internal implant interface—is a typical measure of production quality standards.

In addition to interfaces held together by the clamping effect, some interfaces involve an adhesive connection between a veneering material and a framework. As mentioned in the literature review, the weakest link in most of today’s dental reconstructions is cohesive and adhesive failure at the framework-veneer interface. 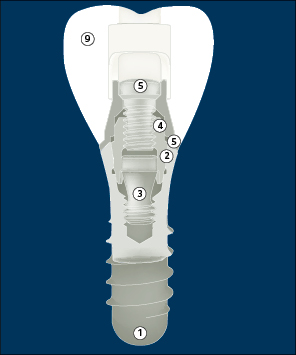 Fig 1a Tissue-level implant with a screw-retained crown and an abutment for screw fixation. 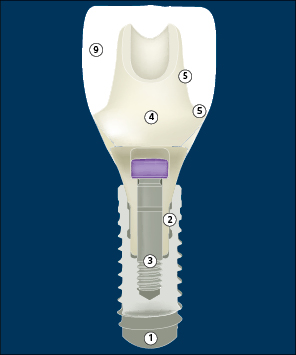 Fig 1b Bone-level implant with a ceramic abutment and a cemented separate crown. 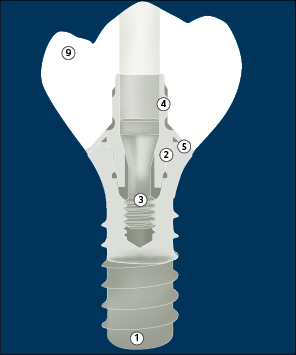 Fig 1c Bonding base on a tissue-level implant. 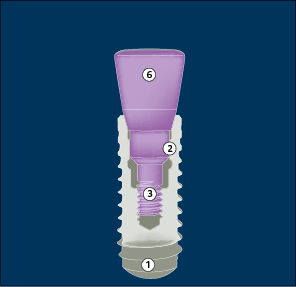 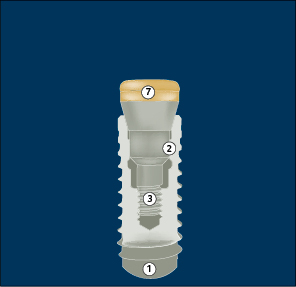 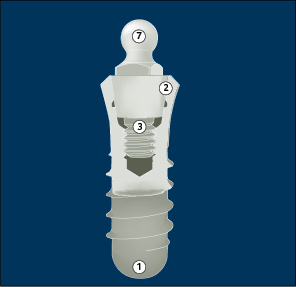 During intraoral function, implant-supported reconstructions are exposed to forces that can be grouped according to intensity, frequency, direction, material composition, contact area, shape of the acting/reacting masses, and the presence and quality of intermediate structures.

Intensity. Chewing forces during biting and mastication have been found to range between 108 and 174 N (Helkimo and coworkers 1977), 93 and 368 N (Haraldson and coworkers 1979), and 161 and 299 N (Lujan-Climent and coworkers 2008) in the incisor region. Measured by surface electromyography, the maximal biting forces in the molar region ranged between 446 and 1,220 N (Ferrario and coworkers 2004). During active phases of bruxism, extreme sportive activity, spasms, or trauma, still higher forces may be expected.

Reconstructive and component materials, veneering material combinations, and screws clamping abutments or reconstructions onto/into implants have to withstand these intensive stress peaks in order not to cause complications or failures. Excessive peak forces or continous repeated jiggling may even compromise osseointegration; however, there is no clear evidence for the effect of overload in the etiology of loss of osseointegration. Critical bending moments describe the force needed to cause permanent deformation and/or rupture of a material or combination of materials.