13: Fixed appliances – what they do and what is used

Fixed appliances – what they do and what is used

This chapter will concentrate on what is meant by fixed appliance therapy and what the nurse needs to prepare when either fitting or adjusting a fixed appliance in the surgery.

When patients speak of orthodontic treatment, the majority of them think of fixed appliances (Figure 13.1), a system that they often refer to as ‘train tracks’. A look at clinic lists would reveal a high proportion of ‘fixed’ adjustment appointments on them.

For most patients of normal orthodontic age, this is the appliance that they would all prefer if they had the choice. 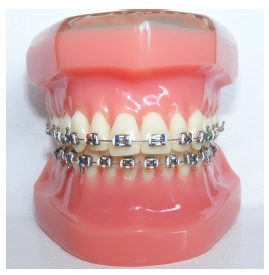 Much discussion of their treatment goes on at school break times and experiences are exchanged.

However, for the patients who try to be seen as different, train tracks are also requested as they have ‘alternative’ role models, such as:

Patients have their own language when talking about fixed appliance treatment.

Apart from the system being known as ‘train tracks’, they call:

By definition, it is a system that is fixed to the teeth and one which the patient is not able to remove.

There are four stages in fixed appliance therapy:

Fixed appliances can be fitted to the teeth either by:

WHAT IS USED IN FIXED APPLIANCE THERAPY

The basic mechanics of ‘train tracks’ are:

In order to do this, the system uses:

Brackets and buccal tubes are bonded to the teeth with composite adhesive and glass ionomer cements.

Molar bands are first fitted to the teeth and then cemented.

These provide ‘handles’ on the teeth which engage the arch wire.

The capability of fixed appliances is such that a finished result should include:

While removable appliances can expand arches and tip teeth, the fixed appliance is more sophisticated.

It has a great many applications and can achieve many kinds of tooth movement:

Bands are fitted exactly around a tooth, usually on the molars and being in the masticatory regions of the dentition provide extra strength. (In some cases, however, buccal tubes may be sufficient.)

(However, if a patient’s band comes loose, it can be re-cemented for them but not used for another patient.) 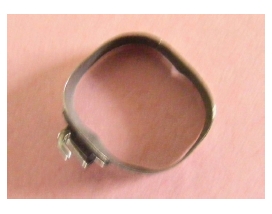 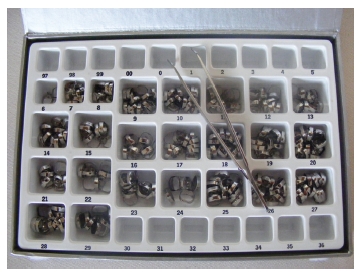 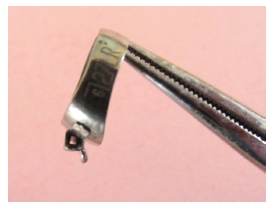 If the molar bands are to be used as part of a trans palatal or lingual arch system, the bands will be soldered to the arch. The other teeth in the arch anterior to the first molars are fitted with brackets. This allows the arch wire which fits into the bracket slots to continue further back into a buccal tube which is attached to the side of the band. There are a great many variations on the size and type of buccal tube that can be used. 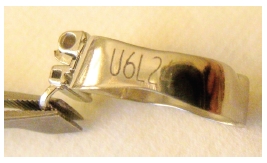 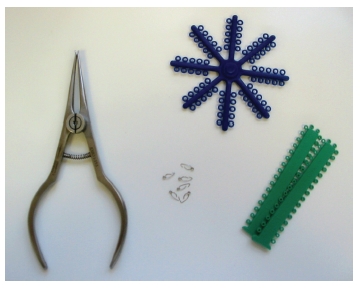 Bands cannot be fitted in cases of crowding and tight contact points unless the patient has worn separating modules to create an interproximal space to allow the band to be seated comfortably and accurately. These are fitted several days prior to the band fitting to open the contact point. They are placed between the teeth using separating pliers. Springs are occasionally used, placed by pliers, especially for partially erupted teeth (Figure 13.6).

They can be made of 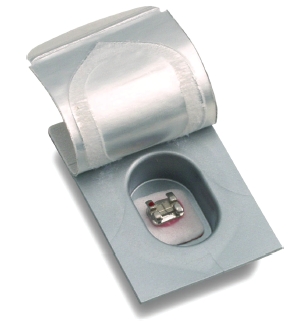 The arch wire is held positively in the bracket by:

Some self-ligating brackets do not use this method

Brackets can either be

There are two techniques for doing this:

It is crucial that the brackets are placed very accurately, because if they are at the wrong height or angulation the tooth will not subsequently align correctly. 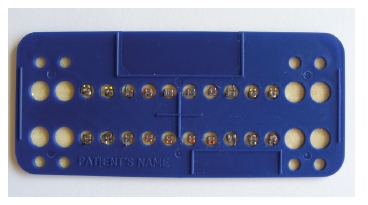 Very occasionally a Begg bracket is used as single attachments together with a removable appliance which uses a whip arm spring to extrude or intrude a tooth.

Brackets can be supplied with gold chain attached to them (These are fitted in theatre under general anaesthesia when patients are having ectopic canines exposed).

Tags: Basic Guide to Orthodontic Dental Nursing
Jan 2, 2015 | Posted by mrzezo in Orthodontics | Comments Off on 13: Fixed appliances – what they do and what is used
Premium Wordpress Themes by UFO Themes
WordPress theme by UFO themes